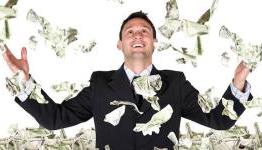 iLLGaming contributor Anikait Makkar writes about the gaming industry's current business practices, and how it affects the consumer.

i want to pay full price for a full balanced experience unlocks shouldn't be earned by money but by the hard work you put in the game.

my free to play nightmares are borderlands,diablo,titanfall,w arhawk 2,halo and star wars battlefront.

If you have ever played Path of Exile, that is the best way of microtransactions ever. PoE is a great game. Its what Diablo 3 should have been and it is completely free. All the items for purchase are cosmetic and the store isnt intrusive at all. In fact, I had to actually look in the menu to find where the microtransactions are housed.
But for the most part, yes. F2P is garbage.

I would add Warframe to that list as well. Very much like you describe. Everything that you need is offered to you in game. Things that you pay for are either cosmetic or for convenience (i.e., you are impatient). Might not be the game for you, but the F2P structure is pretty sound.

At which point did Titanfall become free to play hmmmm...

He's not saying that they are, he's saying it would be horrible if they were.

He should have said 'would be' rather than 'are' I guess.

Hey I agree 100% with you. I hate those unbalanced pay-to-win games.

The whole F2P model is designed to keep the user playing and paying well past an ordinary retail price. Most devs also design features that prey on a person's gambling, need to collect or complete an objective as soon as possible type of vice.

Trust I worked at Zynga and you should read the design tricks and tactics used to squeeze every penny out of their user base.

Yes, every company has their tactics but the F2P design in most video games is so blatant and disgusting. I stay away from those games...well I try but that damn Marvel Alliance... :(

A great example of a game that features the blood sucking F2P model would be Warthunder.

The Valve f2p model is really good. You don't have to pay a dime or grind for hours to get items to boost your "skills". You just happen to want more hats so you pay money for them.

Edit: I'm just not sure it's so simple as lumping free to play as bad....

That's pay to win which is a derivative of free to play, and which is also very common amongst AAA $60 retail games. The $60 lures you into a false sense of free.

There are games attempting many facets of the free to play model and some are pretty good, like planet side, some private servers, team fortress, DOTA and warframe WHERE you literally never (have to) spend anything - I didn't on planet side 2 with 20+ hours, and similar with warframe.

There are also some like killer instinct and warframe (KEYWORD: CROSSOVER) where it's basically a glorified demo. KI has only one/two characters, and warframe trenches you into a character you might not like in a little (but least you can build a new one several hours later).

Then there are the worst of the worst where you have to pay to win. Sometimes it's by buying upgrades to your gear like in runes of magic, or buying overly expensive increased experience in leveling grinding games like Rohan: Blood Feud.

Where I'm coming from: I had a free to play phase where I played (in no particular order but memory):

And many more that I can't remember because I don't want to.... And by played, I would say I spent more than 5+ hours (but mainly 20+ on aforementioned titles) on each of those game listed above, sometimes hundreds.

Paying to play online (PS+, XBL)
Season passes
disc locked content
Paid DLC (DLC should be free unless it is significant enough to be an expansion)

Season Passes: I 100% agree on here. Never pay for anything that is not guaranteed to be coming.

Paid DLC: No one says you have to buy it. If it's cosmetics or trivial things such as Themes and Avatars there's no problem with it. You don't HAVE to buy it. It takes resources to MAKE dlc. Why would a company (video game companies are profit maximizers, btw) go and make a whole DLC questline or storyline and then give it to you for free? That brings ZERO marginal revenue to the company. I know it sounds great, and companies that do it are great. But the suits up top, yea they don't care. That's just business. Just because you bought an entre doesn't mean the dessert is going to be free. And AGAIN, you don't have to buy it or support it.

Games are NOT services. We pay full price for them and that means that we should be able to play 100% of their content with no additional cost.

"Paid DLC" Then people complain no DLC is coming for there particular system or game.

I agree with you mostly, but I disagree with ps+...

I bought into that in 2011 and don't regret it. It's like Sega channel, but feasible.

Maybe I just play too many games, so ps+ makes sense.. Like the payday 2, remember me, bioshock infinite, outlast, and more in the last month or two... I would have had to spend an easy few hundred on those games I wanted to play.

As a business student, I have to disagree heavily with some points.

Paying to use your own internet, DLC (all of it, I'd rather have expansion packs with a ton of content), DLC coming out a week after the game's release, incomplete games with missing sections sold as DLC, pre order bonuses, short and pointless campaigns, not having server lists (like COD which insert you into random games and maps), expensive and permanent digital prices, yearly sequels with minor changes at full price, lack of challenging AI, lack of originality, and most of Micro$ofts "business practices." This may sound like a hateful statement, but I blame M$ for bringing most of these things to consoles. I remember when there free and inexpensive map packs on Live in the early years of 2006 and 2007, then they started pinching pennies.

Who else here has been gaming long enough to remember when paying $50 got you the WHOLE game? No left-out content sold as DLC, disc-locked content, season passes, outfits, avatars, etc.

Excuse me, I need to go have a cry at what has happened to my beloved hobby.

Amen brother, plus there wasn't as much bugs as there was today. Nearly 80% of games have patches

Ea happened,Capcom happened these giant shameless corporations has bastardized the gaming industry with their BS money-grabbing tactics and ruined so many amazing games (Battlefield,Resident evil and many more).Very sad indeed.

They need to go back to how you we used to buy a game: Namely one total sum for one full game, NO DLC or anything.
Sometimes there were something that was called an "Expansion pack" it was both cheap and had masses of extras: Had Mass Effect III had all its DLC been released in the good old days it had been called an Expansion pack. Yeah!
This is the type of behavior that boosts piracy or even outright encourage it. Their greedy behavior needs to stop.

how about releasing broken games and then spending time making dlc instead of fixing the games?

Am I the only one who thinks this person should have gone into more depth? Right track, but time versus money issues or realizing it would click through maybe, JUST MAYBE?

Looking back to 2014 and Forza Motorsport 5 Racing GOTY Edition

Are the free Xbox Games With Gold titles for September 2017 any good?

The Forza Franchise Has Exceeded $1 Billion in Retail Sales