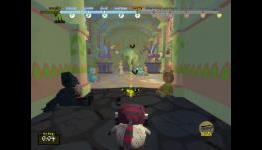 American McGee’s Grimm was originally released back in 2008 as the debut game of the ever-odd Shanghai-based Spicy Horse. It was only available from the short-lived French digital distribution company GameTap (which you’ll be forgiven for not remembering), so never really reached a mass audience. The Alice: Madness Returns developers have now re-released the game on Steam, which means anyone can pick up this ludicrous, inspired, but also flawed title. This is a classic American McGee game, it’s full to the brim with bizarre concepts and does little to hide its outlandish style and presentation.

Groupees Be Mine Bundle 11 Released

American McGee and Eurogamer Clash Over the Issue of Review Scores