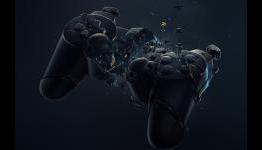 Josh from Bag of Games writes "This year’s wealth of phenomenal titles undeniably left gamers with an ever-increasing back log of great experiences to consume well after 2014′s inevitable arrival, with highly anticipated releases like The Last of Us, Grand Theft Auto V, Bioshock Infinite, Injustice: Gods Among Us, and Tomb Raider pushing our current-gen consoles to the absolute limit before their next-gen counterparts predictably steal our undivided attention. But amongst the hidden gems, undiscovered masterpieces, and underappreciated sleeper hits populating our chosen systems lies the infamous bargain bin scrapers, games so unbelievably horrendous and downright disappointing that they completely shatter the expectations of gamers and the respectability of interactive entertainment as a whole. From ugly cash-grabbing movie tie-ins to poorly-crafted original experiences, the Bag of Games team has painfully journeyed through this year’s most atrocious titles; emerging bruised, batter, and mentally broken, but nonetheless wielding a list of 2013′s top five worst games.

Guess its safe to say Ride to Hell: Retribution is the worst game of 2013. Every critic gave the game a negative review.

That game is a candidate for worst game of all time imo.

ET will die before it let Ride to Hell take its throne.

Where's Lococycle and Fighter Within?

Most of thesse you listed are xb1 exclusives.
Ahem: "We have the best games"

Where the funk is 'AMY'? I seriously want my $1.99 back. I will NEVER trust the rating system on the PS store AGAIN. It had 5 stars and I was uninformed. F*cking troll stars.

I couldn't even finish the demo it was so bad.

Lmao, I let my friend play and let's just say he's not coming back over for awhile.

Fast and Furious: Showdown was a disgrace to the franchise!

Humble Bundle RPG Sale games up to 90% off

A Brief History of Every Fast & Furious Video Game

Phoenix Down 90.0 – Ride to Hell: Retribution