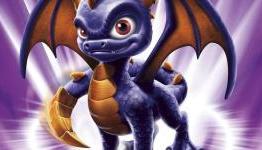 Official XBOX Magazine UK: "Unless you're a toy collector or connoisseur of all things plastic, Activision's Skylanders may only have made a passing impression upon you. But in the two years since the debut toys-to-life title Spyro's Adventure emerged, the series has racked up more than a billion pounds' worth of sales worldwide. The Skylanders toy range is now firmly established as the best-selling on the planet, shifting over 115 million units in under two years to eclipse established franchises like Star Wars, Transformers and WWE. Forget Call of Duty; Skylanders is the key Activision franchise of the next generation."

Adhttps://store.steampowered.com/app/1488200/Symphony_of_War_The_Nephilim_Saga/?utm_source=n4g&utm_medium=native&utm_campaign=sow_n4g_native&utm_content=png
- Comments (0)+ Comments (0)
TopNewestOldest
The story is too old to be commented.
110°