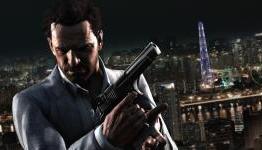 Which IP Should Rockstar Games Do Next?

PlayStation Beat: With recent mumblings of what Rockstar Games plans to do post-GTA V, PSB decided to go back and rank their library from this generation. Which one came out on top?

Adhttps://www.releases.com/?utm_source=n4g&utm_medium=native&utm_campaign=c1
- Comments (61)+ Comments (61)
TopNewestOldest
Expand all
The story is too old to be commented.

Nah, there's so much more Rockstar could do.

I would like to see Manhunt 3 with a decent control scheme and really expansive gameplay mechanics and unique situations. I think the toughest challenge is just that Manhunt is too violent for mainstream media, there's no two ways around it. Rockstar could barely get away with the torture scene in GTA 5 without people bitching and moaning about it. A new Bully would also be cool and personally, I'd like to see a new Lemmings game :P

I would love to see Rockstar bring a new IP especially something in a fantasy or sci fi setting just to see how they handle it. As much as I love Rockstar I feel as if they need to expand their catalogue in that regard.

Red Dead next or Rockstar doing a super hero game that uses that huge open world they are capable of making. A Superman game would be awesome by Rockstar.

probably now a ps4 exclusive instead of ps3

Ah man, Manhunt 1 was a good game. Rockstar has so much to choose from...Bully, Red Dead, L.A. Noire.

Agent, because they said they were making it and shouldn't go back on their word.

Red Dead Redemption was just released. Can't see how they can top that story.
Definitely Bully . So much potential.

Agree! But they first need to port GTAv to PC and next gen consoles next year with all the expansion packs for free.. please and thank you.

Red Dead without a doubt.

Emmm....except it is not a Rockstar Games IP.

What happened to Agent?

Thank you someone said it lol. But that game is probably dead. I hope not tho

Agent is still on task from what I've read. Looking forward to it, I'm sure it will be an involved game.

Aside from that, I'm expecting a Red Dead sequel. That game was fantastic.

The cell is the reason why Agent and the Last guardian wont come out.

There is a reason why Sony dropped it for the PS4.

What an epic fail the Cell was.

Well to be fair theres alot of awesome games that would not have been as awesome without it. The uncharted series comes to mind immediately

I want a new IP from rockstar. The hell with the oldies.

Nextgen Midnight Club please. Its been too long

I wouldn't mind Max Payne 4 but they really need to go back to what Max Payne was all about because as a Max Payne game the third one sucked. Great game but a horrible Max Payne game

Maybe they could do an alternative timeline which would follow Max if the Dead of Arrival ending was cannon, which would set up a new trilogy. I'm guessing since they come from different backgrounds Max and Mona won't be together forever. Hell they could of taken the mob back story in MP3 and made a full game out of that.

John Marston's son was highly annoying. But yes to a RDR sequel.

Well they coul make a prequel..

Knowing that in the end he dies and how he dies....I hate prequels like that

I would like to see another GTA. I wouldn't want to wait another 6 years for another GTA that's for sure...

Dude it takes that long to make gta games.....I don't think you realize that gta V developement started almost immediately after IV. North dodnt put out red dead and such it was other rockstar studios.

You'll have to wait that long for the next gta. Its just how they make them. A lot of time and care. I don't want gta to become a milked thing. There may be a lot of gta's but when you have a long break amd its real quality when it comes out it great.

I agree completely and still don't want to wait another 6 years :'(

I was going to say get started on agent or a new ip for rockstar north. San diego has probably been on red dead 2 for a while now

I expect a trailer for the game this November

I actually enjoyed that game, quite a lot, probably more than I should have. Since they'll probably want to heavily upgrade the RAGE engine or use a completely new one, it would make sense to use Table tennis to do a little low-cost field test.

Unfortunately that isn't a fully Take-Two investment , it's a Nintendo and Microsoft investments

How dope would it be if they did an action RPG in an open world? I mean, they already have the open world part down, why not try something different? Maybe something along the lines of The Division. I think that would be crazy.

But what would I know?

how about a new IP. i know "new IP" is a dirty word for 3rd party publishers.

Jk, they should do Bully.

There are rumors that they are working in Agent and Red dead redemption 2 for the next gen.

Agent. Hopefully it would be a free roam game where you played as a US spy in Soviet Russia, that would be sick.

Probably alone here but a nice downloadable sequel to Red Dead Revolver would be awesome. I played the hell out of that game on PS2 and was disappointed they went the serious route with Redemption. Loved the arcade feel

Midnight Club or Bully are due for new titles. We recently got GTA V, MP3, and Red Dead. I'd love a new Red Dead, but I'd rather them make something else on next gen first, and then do Red Dead once they've got a hang of the new hardware.

I put in 100 hours into GTA V, then went right into Red Dead which I had started several times but never got past mexico and completed it, and now I'm on Bully. Sequels to either of them would be awesome, especially if they borrowed just about everything from GTA V, but I might still prefer GTA 6. Anything that's not a new Max Payne (obviously not something they'd do after the disappointing sales of the first one) or Manhunt. The variety in GTA V is something not really found in any of the other games. Red Dead was just ride here and maybe shoot on the way there, get there and shoot, and ride away and maybe shoot. Over and over again... But more varied gameplay experiences and multiple characters in Bully or Red Dead, especially the former, wow..... But we all know it's going to be a new Red Dead.