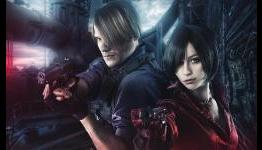 AllThatsEpic: The vixen of the Resident Evil world and former Raccoon City Police Officer, Ada Wong and Leon Kennedy have a cat and mouse style relationship. Since meeting Kennedy whilst undertaking research at the Raccoon City Police Department, they’ve managed to run through sewers and alleys in a zombie-infested city, managed to get Leon by another Umbrella Corporation scientist, and save each other’s lives in the process. However, that isn’t quite the beginning of their shenanigans in Raccoon City.

Adhttps://store.steampowered.com/app/1488200/Symphony_of_War_The_Nephilim_Saga/?utm_source=n4g&utm_medium=native&utm_campaign=sow_n4g_native&utm_content=png
- Comments (0)+ Comments (0)
TopNewestOldest
The story is too old to be commented.
90°5

The Scariest Moment from Each Resident Evil Game