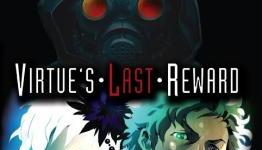 Game Rumble: Zero Escape: Virtue's Last Reward is a direct sequel to 999: Nine Hours, Nine Persons, Nine Doors visual novel game which appeared on the Nintendo DS. Does the sequel stand up to the reputation of the first game? Is this game right for you? Find out more in our detailed review!

Definitely. Though there seem to be some difficulty spikes, I love the game thus far.

Hell yeah it was. Such a fantastic game :D

The Zero Escape Trilogy Should Come to Nintendo Switch

Notable Vita games discounted to below $20