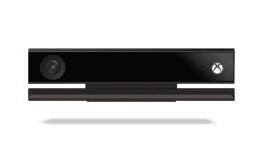 Eight Kinect Games That Deserve a Second Chance on Xbox One

GameZone - For a device that’s included in every box, Xbox One’s version of the Kinect hasn’t received a ton of love from anyone, Microsoft included.

When will Microsoft understand that this motion sensing gimmick is not the way to go? After PS4 has dominated the entire wold leaving Xbox One in its shadows?

When will people like you understand it's not just a motion gaming peripheral. If you don't want it...get a PS4.

Oh I'm getting PS4. No need to worry about that. You can keep your spy box.

It's a peripheral that 2/3 of 360 owners chose not to pay for and clearly do not want. Why does it need to be included with every xbox one. The thing almost costs as much as the entire console to manufacture.

"Oh I'm getting PS4. No need to worry about that. You can keep your spy box."

cool. then i guess there will be no more need for you to comment on the xbone or its articles any further, right? after all, the smart solution would be to focus on the ps4 and not waste your time or anyone else time for that matter with your trolling. i somehow doubt that will be the case though.

i would imagine we will see a new dance central game on the xbone. it was a pretty big hit for the original kinect. one of the few must have games for it.

so far i dont see m$ being as aggressive with kinect only games. the hope is it won't be shoehorned in where it doesn't belong.

Preorders show that that's exactly what people are doing.

They are common around here.

Don't worry about allformats , he is a tier one troll like many others here on N4G. If they truly cares about gaming, they would submit and approve more articles pertaining to games on the platform that they care abour rather than always being the first to comment of topics that are flame bait in nature on a different platform.

He approved the article himself so he could talk negative about it (allformats (1) | 1h ago). It is a pattern with a lot of these trolls (I won't name names, but we're pretty sure we know who they are). Sad but true about kids these days of forums. smh

7 bubbles...wonder how he gets all those? LOL

I believe Dance Central has allready been announced.

I can never understand that logic, if you are buying one console it's fordidden to to comment on anything else. When it comes to news, I will look at what's happening with BlackBerry owning an IOS, news in the United States while living in another country, or a sports team that sparks my interest while not cheering for them during the season.

I don't know someone who's into one thing but lives in a shell of the things they only buy, and will not look at news from all aspects. The one thing I'm surprised about is that when the PS2 had a Kinect like device being so dominate for its generation did not even remotely get as popular until Nintendo and Microsoft made a move in motion gaming.

Gaming_Guru, you totally missed the point.

when we have someone like this whose whole purpose to come into this thread is to promote the ps4 then why be here? blackberry owners like to see whats going on with the iphone and android because they want to know what those services may offer in comparison. blackberry owners want to know what apps they are missing for example and may go on the forums and make suggestions. those who watch the news are of course curious in what's going on in syria even those most of us don't live there. that is normal. what isnt normal is to have those who are interested in gaming continually come into xbone topics to troll. the sad thing is this user seems to be rewarded for his/her actions. having 7 bubbles and acting this way tells me a lot about the community here.

Exactly!!! That's what I'm saying, XB1 will be crushed because of an extra peripheral that's just a gimmick and after the apocalypse Sony will be left to rule the world, and all Sony fanboys will have the privilege to pay homage to the Sony overlord by rubbing the PS4 off on the touchpad. All hail Sony

actually this is why sony is going to loose, just for not including the eyetoy and sony fan boys will have to turn to the DARKSIDE XB-1 all hail XBOX-1

Oh...it's still a spybox? Other than just spitting out the side of your mouth...tell me how it can spy if it isn't hooked to the internet AND you can disconnect the Kinect at all times.

Is it omitting dark matter filled with button presses and "hey honey can you grab some cereal while you're out" messages so Microsoft can tell Walmart what to order in bulk this week?

That stat is plain dumb...the Kinect released 5 YEARS after the 360 released. That's 24 million Kinect sold in 3 years and you have no idea how those 24 million people use it.

Why does it need to be included with every box? You answered your own question with your last sentence. Again if you don't want a camera....get a PS4.

Why is it that people like you get to troll endlessly and keep your bubbles?

Me and my family enjoyed all of these, titles like the golf games and Eden played way better and more immersive with Kinect.

I really don't get this site...

My main reasoning for buying an X1 is FOR KINECT!!!

You know Tiger Woods PGA 13 with kinect is the reason my wife got into sports games. We tried it in best buy, and she picked the game up the same day. Kinect Sports soccer, hell the whole game is great, and you aren't alone, my main reason for buying an xbone is for kinect walking in the room and telling my kinect to turn on and change to espy, and intergrade with my fantasy league are all plus for me.

Giovonni, thank god there is someone else on N4G that thinks the same.

You get a very skewed look on Kinect on this site.

I absolutely love Kinect Sports, Table Tennis was amazing so was Soccer, I loved the Golf on Kinect Sports 2 and play it regularly.

I hear about Lag Lag Lag etc on this site and was beginning to think I had a Special Xbox 360 and Kinect.

Kinect Sports series is 9/10. Just can not be done better using anything other than Kinect. Fantastic use of Kinect one by Rare.

Hope your worried about spying,then you might as well go and seclude yourself in space.

How about you get a PS4 and leave us Xbox Fans alone?

Rise of Nightmares was awesome

You all can disagree with me all you want, but Rise of nightmares should be the only game on this list that needs a second chance. At first the controls were weird, but after a god honest play through, the game was decent a seven out of 10.

The thing that stood out the most about the game was the use of the camera and . The sense of sound. A certain enemy can hear you so you would have to hide and not make a sound, this included any sounds coming from the room you were in.

The boss battles were alright nothing special, that last boss was a work out, but damn was the art direction horrible for the last boss. With the new kinect camera the game can be improved and with the heart meter, and facial recognition can make for one cool game... If the Devs are creative enough

I would not say it is the ONLY game on the list, but I can say I that I agree with your assessment of the game.

I totally agree, so let me rephrase it, It has (Rise of Nightmares) the most potential to really show the new Kinects potential, the heart meter face recognition, and other updates screams for a great horror game. I Hope they make the Mansion a lot bigger, with more areas to move about.
That level with the dog with the guys head was strange lol

I still have nightmares about running in Rise of Nightmares.

it seemed to work well with me, but i did still run into control issues. If' mods do mean anything to you and other gamers then I would check out the dead island or bulletstorm kinect mod videos I can understand the shudders though.

They all suck, but Rise of Nightmares is one of the suckiest games ever.

Funny, I loved Rise of Nightmares and completed the game more than once.

What sucked about it?

I think it would be best if they left them dead.
None of them were really spectacular.

Dance Central Will Always Be Superior to Just Dance

Are video games art? Looking back at... Child of Eden

Are the free Xbox Games With Gold titles for December 2017 any good?