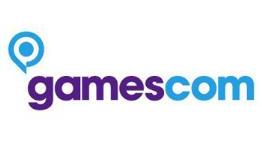 While Microsoft will have its biggest booth ever at this year’s Gamecom, studios head Phil Spencer has said the approach the company was taking didn’t allow for the event to be live-streamed.

"It will be like watching a party that you’re not at," said Spencer.

Well that sucks. no biggie

They are scared of the backlash.

They already confirmed it was a "behind closed doors" event a while ago. Which immediately suggests to gamers that they don't have much to show and are hoping that the journalists will be good to them.

Either that or they're going to be showing major prototype games for years down the line.

Or either rather than some kind of hidden conspiracy reason, like the rep said the type of event they're holding just doesnt fit streaming.

Rather, what they'll do is post videos of the announcements.

Why do yu prefer making up your own reasons based on nothing but your imagination ? Simple question.

Wait so not even GameTrailers and other sites will be able to live steam it? Serious Question.

Sorry but that's a HUGE biggie. So close to launch at their last real conference to try and impress potential consumers and they're not even streaming it? I would have thought Microsoft would be using this to almost reintroduce the new Xbox, reassure fans, show off some new games and hopefully do a few live kinect demos. Unless Microsoft plan on doing another conference themselves, this is very disappointing for the Xbox 360 fans who are looking for a reason to buy into the Xbox One.

lol let's face it, no matter what MS does, those that never intended on buying it will never buy it.

So no need to waste your time on saying what should be done.

it does seem a little odd?

"lol let's face it, no matter what MS does, those that never intended on buying it will never buy it. "

This is where you're completely wrong. True there are many people here with no intentions of ever picking the console up but now there are good amount of Xbox 360 gamers thinking of making the switch to the PS4 because of various reasons. I am one such person and game on my 360 far more but myself and pretty much all my close gaming friends are all moving to the PS4 next gen. This conference was the perfect opportunity and possibly the last chance Microsoft have of convincing these converters otherwise. Personally I'd love nothing more than a reason to get an Xbox One at launch but I need more reasons than what we have to go by now.

I know it seems like a damned if you do damned if you don't situation but come on, I fail to see how Microsoft can shoot themselves in the foot any further. Either they've got nothing of substance worth live streaming or they're acting bitter towards the hate and giving the gaming community the middle finger.

I'm sure anything important they have to say will be posted as a video. There will probably be at least a brief presentation about how they're listening to the consumers, and possibly summing up their current vision and how they plan on pushing the X1. That's vitally important for them to do.

I'm also sure we'll see this presentation...just not live. It kinda sucks, because lets face it, the gaffs are the best part about live streams, but the information will be made available.

I think the only reason it will become a problem is that if it is found out that MS censored the videos to put themselves in a better light. PR team could easily do that, which is why live can be better. But until that report comes to pass, as golding said, no biggie.

This is not a big deal they're still uploading gameplay videos from the show so you'll be able to watch them on YouTube.

Its all good because Phil will hold a pre-gamescom conference and talk more about self publishing.

"In addition, Spencer is slated to host a pre-Gamescom show on August 20th, where he’ll probably kick things off by talking about Microsoft’s new take on self-publishing."

With all their recent revisions, some extremely recent, they wouldn't have had to to prepare a proper show worth live streaming anyway. Big events and announcements need time to be organized and with all these feature changes they would be having to rewrite the script daily.

I don't agree that it's "no biggie" though. This could've been an event that won back a lot of the 360 fans. It's a chance going to waste.

Them not having much new worth showing is also a possibility. They showed a lot of games at E3 so there's a good chance that they've run out of noteworthy, soon-to-be-released titles to show.

It's so that can make bad decisions, then flip-flop (here's to you Ducky) without the majority of people knowing.

Should cut down the trolling for 10 seconds.

Too late. Look at some of the comments above. It's not good enough that they're going there again, now they're going to say MS is scared to broadcast from it.

It's always going to be something no matter what they do.

They probably have not much to show, at least not many new things from what was shown at E3, in the past there were some Gamescom where MSFT didn't attend, they can't do that this time since the X1 is launching this year, so they will be there but without broadcasting, let some loyal written "gaming press" hype the things they saw rather than Youtube show the truth and everybody come to their own conclusions.

MSFT doesn't have a real Europe entity like SONY does, SCEE is a living "playstation company" with own budget, dev studios, marketing and so on just like SCEA and SCEJ. MSFT(Games division) is rather an American company with operations in another continents where most decisions if not all are taken in the US.

So this isn't really strange, even less if you take into account all the changes they have made regarding policies and HW requirements, conferences are planned way in advance, those changes affected of course that planning.

But who knows, MSFT might change its mind last minute...nothing new today...

Anyway, it's hard to believe they are not broadcasting such an important event and decisive for those still on the fence

@MazzingerZ What a load of rubbish. You have MS UK, MS Ireland, Paris, France etc.

Each advertises and supports separately from the US.

Get your facts right before you start flapping your gums.

@Gekko36 Of course I know they have som offices, you have to have offices to have operations in other continents but that doesn't mean that they can take independent decisions and to a certain point compete with MSFT US like in SONY's case...MSFT Europe is pretty small...how many games has MSFT Europe delivered? Fable, some Kinect games and what else?

if MSFT Games Division Europe really existed, RARE would be delivering their rather great games often but they don't because of that I explained, they are completely dependant of what US HQ thinks is better and they mostly care about the American market and they think people there don't really need the kind of games RARE deliver.

Why do you think Molyneux left MSFT? He couldn't just sit there getting paid for surfing, he's after all a creative person and needs projects to feel alive, again, did MSFT Games Europe really existed, he could have started some exclusive games under MSFT Europe responsability and budget but that entity doesn't really exist, everything controls from the US...maybe within 10 years MSFT Europe will exist and can do like SONY, invest and believe in devs like Media Molecule, keep and revive devs like Guerrilla Games and, yes, finally run their own projects.

I know it's been a quiet week for PS4 news or Demi God Cerni's wise mutterings, but do you really have nothing better to do that troll xbox articles?

Seriously they seem to have done a 180 at what happened at E3. Remember they cancelled interviews after the Xbox conference. They seemed to have learnt from that and giving the media the time to look at the games.

Hmm, not expecting any major announcements via a press release then

http://majornelson.com/cast...
On the Major Nelson Podcast talking Gamescom, both Major Nelson and Phil Spencer say they are not streaming live but will be releasing videos of announcements throughout the day.

I do wish there is a live stream but no biggie. When new games and announcements are announced, we will see the videos of them on the same day.

There prolly scared to. Sonys gonna lay the smackdown on them.

How about some in depth explanation on how the specs work?

How would they get backlash if they did stream live? The problem is microsoft is constantly doing the opposite of what there suppost to do. Now watch, there gonna announce "were gonna stream live" in a couple days.

yeah, because the game buying public are the last people you want watching your gamescom conference, right? o_O

Goes to big convention to advertise new product. Puts on a conference behind closed doors.

If it makes people feel any better, I don't think Sony will live stream either. Gamescom's format is different than E3. Its for the fans. Think of it more as E3's showroom with closed meetings(for media). I don't think there has been an "on stage" conference there in a while. Thats why most people in the US have heard very little of Gamescom in the past. Don't worry, im sure sites like Polygon and IGN will be posting updates all day.

They usually have some sort of brief, or hour long, presentation from the big companies. Nothing quite as grand as E3 mind you. The presentations actually tend to be a lot of talking, and the occasional trailer. Last one I recall was Sony with I believe Andrew House talking, and there was a giant screen behind him that showed stuff while he, or some dev, talked about it.

They realize they showed off all there games at e3. They don't wanna look like morons showing ryse and forza again.

they don't want any negative reactions like the e3 one which blow up on the internet, they opted for a well Rehearse and PR covered move, a safe choice but in my opinion bad one.

The WellPlayed DLC Podcast Episode 115 Is Out Now