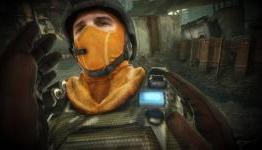 Nihilistic, either you stop developping games for good, OR you take notes from Guerilla Games. THIS is how you make a FPS on Vita.

That is what it's all about

It is quite good. I had the opportunity to try to MP beta and the controls were really, really good. The graphics are also much better than online videos let on. It's truly something to behold. I'm not a big shooter fan nor am I a big Killzone fan but I'm definitely getting this for my Vita.

On a side note, I'd recommend some stick grips, like these: http://www.amazon.com/Enhan...

One of my biggest complaints for the Vita is the way the analog sticks have too smooth of a texture, so the stick covers help out with that a lot.

Too small a number? Maps are just right for it? Is there a more tactical edge to the gameplay? Is the game faster paced because of 4v4, or does it feel more slow? Do you walk around a lot and shoot an enemy or two, or are firefights more hectic?

Since I'm not a heavy fps player, I might be the wrong guy to ask, but I found it very fun.

- 4 v 4 feels fine, depending on the map. Sometimes the maps feel too big but that is typically when you're doing regular deathmatch. Objective-based stuff feels far more structured and you rarely notice that only 8 people are playing since you're always bumping into eachother

- the gameplay relies heavily on your loadout. Think CoD but instead of perks making certain "builds" better or worse it becomes a matter of trade-offs. There are several "slots" and you kinda just pick what skills/equipment/weapons go in those slots, depending on what you prefer.

- definitely fast-paced. Only takes a few shots to kill someone and melee is lethal.

- The few maps I was able to play were pretty hectic. Again, I think it really depends on the maps. Small multi-tiered maps are the best because they allow for close quarters but also for surprise attacks and flanking.

This is the best FPS ever made for any handheld.

How are the controls? Are they more like KZ2 or KZ3? Or maybe a hybrid of both?

Also, how was your experience with the multiplayer?

The controls feel nothing like KZ2 or KZ3. It's hard to even compare considering swiping for melee is a lot different than simply clicking down a stick. Tapping the screen to launch missiles makes it even less comparable. But if you mean to ask about the weight, which many of you consider as "input lag", it's almost nonexistent. Closer to Battlefield than any previous KZ. Or maybe a Battlefield/KZ hybrid. They feel different but definitely not as light as COD.

Multiplayer is handheld perfection at this point. Cards system is interesting and a fresh approach, frame rate is super smooth. I'm not sure what else to say, except no other FPS on any other handheld comes close to what little I've played from a simple demonstration.

Hybrid of both really, the game feels great to play, and MP has been well balanced and is great fun-feels like true kz experience with only headphones in.

Damn! I was saving up for a PS4, but I think I'll have to get a Vita first to play this game! Thanks for your thoughts. Hope to c u guys online.

It's GOTY. I feel sorry for who ever doesn't own a Vita right now. This ain't coming to the 3DS.

Is being better than Declassified and Burning Skies an actual feat? It might be the first "great" MP shooter, but in a lot of ways it's also the first Vita shooter than has a chance at being good.

I can't wait for the open beta!

When is this coming out?

From what I've seen it looks like it definitely looks like it will be the first great shooter on the vita.
And I hope it isn't the last.

thought there was cod on vita

I am definitely picking this up for my vita.

On another note: After this game and tearaway, what's next?

PlayStation Quietly Shuts Down a Game's Servers With No Warning

The 10 Best DLC Packs on Vita

How Developers Adapted to the End of Sony's Handheld Line