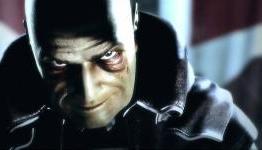 PlayStation Beat: Killzone Shadow Fall is launching with the upcoming PlayStation 4. Now is a good time to remember the original Killzone and what it achieved.

Killzone is an amazing game, even at this time

I'm with you. It was ahead of it's time and held back by hardware. But it was still amazing and one of my all-time favorite FPSs ever. And still my favorite of the series in terms of the over-all game content.

Greatest opening in gaming history imo featuring one of the greatest little speeches ever, voiced by Brian Cox.

Fantastic campaign which is not only a pretty good story, but nice and long as well, with big open environments usually, which didn't feel at all like a "A to B coridoor shooter".

TONS of awesome, fun to use weapons, which almost all had secondary firing modes.

That heavy, realistic feel that Killzone is infamous for, and is the reason it's my favorite FPS series is there (and probably at it's heaviest, lol).

Amazingly varied environments thoughout the story and multi-player maps. Pretty much every imaginable FPS environment is accounted for in the campaign. And surprisingly colorful even though it's almost Nior style art which almost has like a black and white or old-film quality to it. It's honestly a style GG lost after Killzone 1 and the famous target video from E3 2006, and I wished they would have went back to it after they mastered PS3.

And the online/offline multi-player was just fantastic, especially if you had a group of good, honest people to play with (since it was a great game for the old "pull-killers" for anyone who was gaming online back then, you'll remember that term. For those that didn't game online on PS2 in those days......be thankfull.). Killzone 1 had 3 of my all-time favorite online maps. Beach Head, Park Terminal and Canyon Crossing. Core was great on the busy parts of the map as well.

The HD remaster of Killzone 1 was such a fantastic thing for them to do. It really made for an overall even better product. The game really deserved the slightly improved visuals, tighter control feel and steady framerate/audio. Too bad it doesn't have online, but the offline/splitscreen multi-player is still there. What a steal for $15.

A very average and forgettable game

Speak for yourself. When I think back to enjoying myself while playing a FPS game, 3 games instantly come to mind. DOOM 1/2, Unreal 2k4 and Killzone 1. Those are the TOP for me. Maybe throw CoD2 in there as well.

Drawing on the medieval artworks of Inkulinati via Xbox, Game Pass and Game Preview | TheXboxHub