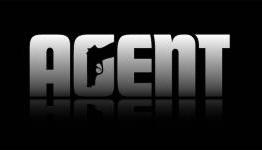 Is 'Agent' A Next Generation Title Now?

PlayStation Beat: Agent was announced by Rockstar Games back in 2007 as a then-exclusive to the PS3. Does it still exist; if so, when are we expecting to finally hear about it?

Most likely multiplat too, if it still even exists.

How could it be "multiplat" if Sony's paying for the development? It's not like Rockstar is paying for it. They don't own the title, Sony does. Just like Insomniac doesn't own Resistance, Sony does. Do you think Resistance and Ratchet and Clank are coming to Xbox becaiuse Insomniac are now working with Microsoft as well?

Just change the name and say it "different" to the Agent and there you go multi-plat.

If Sony were funding the game, don't you think they would want to know a bit more about the development?

Besides, I don't think it's ever been stated that Agent would be a Sony-owned IP - just that Rockstar were going to develop an exclusive for Sony because SCEA funded most of LA Noire before giving it away because of the mess it was in. That's not the same as Sony funding and owning the rights to Agent.

I think the game is still in development because Take2 have a duty to announce to shareholders when a game is cancelled (I believe). When asked in the past, they've always confirmed it was still an active project. Until they say any more though it's just pointless to speculate other a game we know nothing about other than a title.

They own the title and yet Jack Tretton has no clue what is happening with it?

SONY may have helped fund the game but that money could have easily been given back. Truth is, we don't know what happens behind closed doors and until Rockstar comes out and says so, this game is not very likely still exclusive.

At one point, some of you claimed FFVSXIII was being partially funded by SONY. Look how that turned out.

DOM, I'm pretty sure that Sony wouldn't sign ANOTHER deal with Rockstar just so that they can go on and let it go to MS/PC just because they felt like it. With Sony paying for the production that ensures them that Rockstar wouldn't be able to do something like that. And I didn't realize that they hadn't updated Sony with any information, how did you find out that they didn't?

They probably have, just because we haven't heard anything doesn't mean anything. I mentioned it earlier, people went all "vaporware" on Max Payne 3, LA Noire (ESPECIALLY this game), and Red Dead Redemption. That's because Rockstar and Sony announced the game way earlier than they should have. I truly think Sony owns the IP for specific reasons I said above too.

Every year at e3, Geoff Keighley asks Jack Tretton about this title. Two years ago, JT said "you would have to ask Rockstar if it's still exclusive". This year, he basically said he has no information about it and if anybody does, could they tell him!

Ah Agent. I remember when you were announced back in 2007 as an untitled exclusive PS3 game made by Rockstar North. In 2009 the game was given a title and then my hype levels went through the roof.

Such a shame the game isn't out yet. I thought the concept sounded really interesting.

I bought my PS3 back then based on empty promises for Agent and The Last Guardian. Learn never to trust a publisher until the game is actually out... (luckily it was Naughty Dog compensating for that in spades)

LA Noire was the 2007 title actually. 2009 was the first announcement they ever made about Agent.

Nope, LA Noire was something different.

It was announced rockstar north were working on a PS3 exclusive back in 2007. It was confirmed in 2009 that Agent was that game.

Don't even care until I see gameplay or a trailer.

Moved to ps4 in 100% i doubt sony will release more exclusives to ps3 other then this year.

It's dead, let's forget about it.

I can't believe anyone still thinks this game exists lol.

They still have the site up for it http://www.rockstargames.co...

Yeah and it still has the old PS3 logo. It's quite clear that site is just stuck there because they forgot about it or just couldn't be arsed removing it!

I bet you were saying the same thing for Red Dead Redemption, Max Payne 3, and LA Noire too right? All of those games have two things in common with Agent. They were all heavily regarded as "vaporware" and they are all made by Rockstar.

Max Payne 3 was announced sometime in 2003 I believe? LA Noire in 2005, Red Dead Redemption in 2004, those games weren't released until quite a few years later and people were saying they "didn't exist" too.

Is there even footage of this game? The Last Guardian at least had that.

I don't Expect anyone to believe me but I am hearing that we will finally hear more about Agent around the time GTA V comes out and the game is still in the development for the PS3.

Would people just let this die, its never coming and I cried when I realised that.

Do we still care about this game? Sorry...but if you reveal a game to me publically it had better be coming out in the next 1 to 2 yrs. Beyond that....dont show me anything, I would rather not know and be shown something once its close to coming out.

I played them all but was not terribly excited about any of them until I actually knew they were coming out soon. I really don't like this announce 3+yrs out non-sense. Rockstar is one of the biggest offenders...I would much rather they just announce when they are 1yr out from launch. Pretty straight forward if you ask me.

I hope it's not vaporware, I really want to play this game.

I was looking forward to this game like 3 some years ago, along with This is Vegas. Oh yah, and was also hoping for a PS3 Getaway game. The Last Guardian was an extreme tease and still nothing. I'm not getting my hopes up for something that is near dead is what I'm saying.

What Happened To PS3 Exclusive Agent?

The Curious Case of Rockstar's Agent