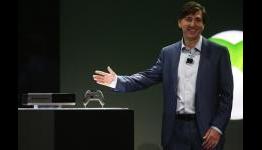 Microsoft is the Cause of Why Microsoft Changed Their Policies

PlayStation Beat: Microsoft can only blame themselves for why their policies failed six months before their new Xbox would even launch.

Money is what caused MS to change their policies.

My concern is if Microsoft will even be able to fix it all before launch.

There were already some heavily-circulated rumors that the hardware was behind schedule, they're having yield issues, they're having heat issues, and they're having issues with the UI (which was faked when it was first presented at the May 21st reveal).

And now, in less than 6 months, they need to make massive changes to the firmware to disable the DRM (which still requires you to go online to get the patch. LOL).

That's a giant red flag! They're so far along that they can't even change the firmware in the system itself. They have to rely on a day one patch.

My thoughts and prayers go out to the poor souls who buy this Day One and have to deal with all the unforseen hardware/software problems.

Patches are released online for the initial shipments. Do you think you can patch a broken game if you don't have internet access? It's really a moot point. I'm willing to bet almost all preorders are going to existing MS customers who have Live accounts and online. I'm also willing to bet that 90% of people who know about the DRM reversal read it online.

That is the problem though. All their decisions are "Money" decisions, which in the long run is ALWAYS the bad or ignorant choice for any company.

Let's get one thing straight.

MS didn't give a single ounce of sh*t about all the complaints that started ever since their first official press release about all their restrictions.

They only thing that changed their mind was the pre-orders. It wasn't out of the godwill of their heart, it definitely wasn't from listening to the feedback. Plain and simple it was about money.

Yes, they need to make a profit, but not by screwing over their customers. Companies have an obligation to treat their customers with respect, and not cash cows. This is the glaring difference between Sony and MS.

It kinda disappoints me how easily people have been forgetting how badly MS was going to screw you over. You think MS is going to keep making games after they sucker in all the core players? Look what happened with the 360. Has basically dropped all support for the core gamer ever since kinect was released. If MS burns you next generation again, you'll only have yourself to blame.

M$hit only listens to money

They all listen to money. I think the keyword here is "only." MS ignored their core fans in favor of their future vision for more money. Just so happens that Sony decided to play the guys this time. A smart choice.

Money is the Cause of Why Money Changed Microsoft's Policies

What MSFT was trying to do to gamers, before the backtrack, was just devious.

Yeah, they were trying to XBoneU. Dat f'ing name...

This is how i see ms at the moment
http://www.youtube.com/watc...

All companies seek profits. Yeah some companies claim to value their customers however large corporations are about money, they care as long as you're willing to fork over money. Personally I don't care whether or not MS did it for gamers or profits, any other company would do the same in a similiar situation.

I have nothing more to add.

I have nothing more to add.

EDIT: I read the post, it was actually a good read. Very fair and the writer is very well informed and did his homework and not bias at all. This taught me not to judge a book by its cover.

Thank you, much appreciated.

every company listen to money, thats what keeps them alive. its not just M$. Sony just happens to know that the money is in getting gamers what they want, not because they care personally about you. people gotta stop being so naive.