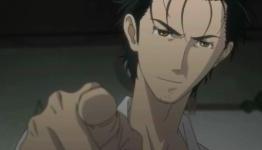 Japanese games for the western Otaku (and everyone else)

Japanese culture has slowly grown bigger across the world. Anime has become a well known form of entertainment by many, and the amount of people becoming part of the anime culture is increasing rapidly every day. As more and more people become anime addicts, they soon turn to video games to gain their fix of all that is wonderful in anime.

But what games best appeal to both anime fans and the general public? Furthermore, what Japanese games can people outside of Japan play in English? Well we here at Gaming Capacity have worked day and night to create a list of games that the hardcore Otaku and the casual player can both equally enjoy.

Nice to see I got an honorable mention. I would definitely like to see a comeback to next gen console...sigh...one can only hope.

Hell yeah, i loved playing the Fullmetal Alchemist games on the PS2.

I've been meaning to go back and play Kingdom Hearts and Disgaea, along with Shadows of the Colossus and Okami, on my PS2.

I can't believe I forgot 'No More Heroes' and 'Bayonetta'! When I do the squeal list (or just make a big update), you can bet I'll add those to the list. Thanks for the game suggestions.

Thank you all for reading and commenting :)

Nobody Saves The World Review – GameSpew