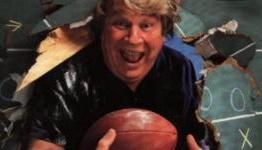 Why Are Sports Games Looked Down Upon?

Twinfinite takes a look at the stigma behind sports gamers and the gamers who enjoy them.

Because its the same crap every year with minor updates and they can sleep at night charging $60 for it.

The whole point of the article (I'm assuming you didn't read it based on the comment you left) is that people crap all over sports games yet give a free pass to other types of games that use similar tactics.

As for charging $60, the reason they do that is because millions of people are willing to pay it. Do you really think that a company like EA is going to say, "Oh, we should stop charging $60 for a new game and just put new rosters and features out as DLC because it will make people who don't buy these games happy"? Not a chance.

Anyway, why not pop in and read the article. Muaz does some really great writing and it's worth checking out.

I would believe that's the same reason people complain about COD.

Capcom are guilty of this as well, and when the second version of Street Fighter 4 came out and they charged $40 for it, people were up in arms. When the Arcade Edition came out people still complained a bit, but accepted it seeing how the roster basically doubled. Also like I said $40 and many simply upgraded the new characters for $20, something sports games should do, but flat out refuse to when they can sell a new game for $60.

You have a point with COD, and it, Equally gets hate, But you are waaaay out of line to bring Starcraft into this. There are only 2 Scarcrafts and 25 maddens.

and SC2 is no were near the copy pasta that is madden.

@Mikeyy -- Don't get me wrong; I like Starcraft just fine. My point is that hardcore fans of that series have a deep knowledge of its systems and recognize how it's different from other iterations, so a small change under the hood can have massive repercussions. For a casual fan though, Starcraft 2 looks and plays like a prettier version of Starcraft 1. Sports games are the same way in that yearly changes to rosters and upgrades in something like Madden or NHL can have huge impacts on how the game shakes out for fans, but to someone on the outside it's just perceived as the same old same old.

Are people really giving a free pass to CoD? Last time I checked, on the internet at least, Call of Duty has seen its fair share of articles blaming it and saying the franchise was being milked to oblivion. Comments on N4G, IGN, GameSpot, etc. also show that a lot of people simply hate CoD and just like to hate on it, for various reasons.

On the other hand, Madden, FIFA and other yearly sports franchises do get a free pass in my opinion. I barely see a few people complaining about these games.

And, about StarCraft, counting expansion packs, we've seen 4 StarCraft games (excluding SC 64, which was basically SC) in over 15 years. Brood War added a lot of content and really changed the multiplayer of the original, while Wings of Liberty added a brand new engine, a completely different campaign mode, new units, new characters in the story mode, battle.net 2.0, and is basically a completely different game. As for HotS, it is an expansion pack, so obviously it didn't bring as many changes, but it's still a great product. I really don't see why you included StarCraft in your examples.

I'm sorry but that is nothing like a sports game that only changes a roster and a few plays.

Other games that use similar tactics like cod, assassins creed and street fighter can go fuck themselves as well.

Also, it's better that way for people who don't have the older game.

Anyone can buy the new Madden, but not if it's DLC for the old Madden. I hope Nintendo's idea of having Luigi U as both a retail game and DLC catches on.

I don't think it's simply a matter of "it's the same crap".

To me, the problem is "it's the same company". The quality of sports games has taken a nose-dive ever since EA shut 2k (and any others) out of the professional sports market.

I say we bring competition back to the sports game market.

EA will monopolize on it so thats not going to happen until EA falls.

I would disagree. Look at the NBA 2K games for example. They blow most EA Sports games out of the water in terms of polish.

* They build an engine and make basically the same game for 5 years and wait until next gen to create a new engine.

I love playing mlb 2k and college hoops 2k8 and Fifa...and occasionally madden..or I used to that is..

They are fun but they really need to have 2 teams developing games so they are different with 2 year dev cycles or just take a year off after every game release.

I want to escape for awhile when gaming.If I wanted sports, ESPN or any other sports channel is there for me.

because people should go outside and play sports

Sure, you could...and some actually do. However, I doubt that when they do that they can hit irons like Tiger, dunk like MJ/LeBron, shoot like Ronaldo/Messi, or bat like Miggy. It's that simple. Sports gamers like to role-play as coaches, GM's, and players for their favorite franchises in their favorite sports. Some get too serious, but that can be said about competitive gaming in general.

Becuause it's dominated by EA and people hate that, but when games like the show come along everyone thinks it's great.

"Becuause it's dominated by EA and people hate that, but when games like the show come along everyone thinks it's great. "

Thats because "The Show" is actually a good game.

"Thats because "The Show" is actually a good game"

It is a good game. It's probably the best sports game that nobody cares about...lol It sells like crap. You put baseball up against any other sport video game and it will lose. At least EA is smart enough to know that.

I love sports games, especially nfl,collage football, basketball and golf but I totally agree there a rip off. I usually go 2 or 3 years in between buying them cause they just don't have enough improvements year to year.

I think one of the reasons the price point stays so high is the licensing agreements the devs have to sign with the respective player associations but I'm sure that's only a small part of the pie.

I think there is a difference between being up set at a developer and looking down on a entire genre of games.Sports games are fun, require strategy like any other game, have high replay value and provide an outlet for sports fans to supplement watching their fav sports.Ea has given sports games a bad name as of late primarily with how mediocre the progress has been with the madden franchise but 2k has proven that sports games can be AAA titles with good gameplay and more depth than most games on the market. A lot of the hate also comes from people who simply don't follow sports in the first place and just write it off with the cliche "$60 roster update" line. I acknowledge that some games seem to be lacking and do tend to tread water but not all and it's the developer that is the problem not the genre.

The updates that they add every year are excusable imo, as there's really nothing else that the sports genre can hope to achieve.
CoD on the other hand...

Sports games are mostly looked down upon by gamers that dont even like sports to begin. That makes their opinion irrelevant in my opinion.

Because they're literally all the same. Because you could just go out and play the sport for real. Because they attract meatheads. Because they invariably have awful soundtracks.

I don't have anything against sports, I usually enjoy a friendly game of whatever that doesn't take competitiveness too seriously and is just about fun, but the culture it fosters needs to be closely monitored. This: http://www.thenation.com/bl...

Also sports stars get paid way too much, just like actors. They're not doing anything special- what they provide is entertainment, which is a luxury. Actors and sports-stars should rarely be taken seriously.

Based on the multitude of stories about the appalling treatment of women in this industry (fighting game community, Notch's parties, Booth Babes, Anita Sarkeesian, the list goes on), I don't think anyone in the video game community is in a position to be throwing judgement around.

As for 'friendly competition', seeing how people behave when the question of preferred video game consoles comes up is at least as ridiculous as anyone who cheers for a sports team.

Oh I totally 100% agree, but sports and sports games aren't innocent of those crimes either.

literally all the same? seriously think about that statement for a second. Also what makes you think playing sports videogames replaces playing sports outside. Playing sports outside is fun but we can't all be pro athletes. It's fun to play as peyton manning and orchestrate a game winning drive with just a minute left on the clock in the super bowl. It's role playing just like any other game. I hate it when people use the "you could just play it for real" argument because it disregards the real reasons people play sports games in the first place.

You hit the nail on the proverbial head. It's role play for sports fans. A chance to rewrite history...or create it. A chance to put your virtual self into one of the most prestigious leagues in the world and go toe to toe with the players that you admire...or love to hate. A chance to play for and control a franchise that you support. Sure, there are things that I hate about sports games (i.e., Madden monopolizing the NFL, no time for new engines, etc.) However, these are the same complaints that I would have with any other genre of gaming.

When madden looks like a 2006 game with updated rosters is when sports games are looked down on.

2k football would be a welcome sight. Look how great the Show, NBA 2k, have gotten while madden stays stagnant. Competition baby.

EA has lost the FIFA name, and that's... Not a big deal