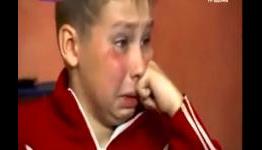 Chris Urie from Arcade Sushi writes, "Gamers can be a fickle bunch. We’re passionate about our hobby. We love it. That’s why you get shouting matches over Xbox Live and pelvic thrusting taunts in Uncharted 3 Mulitplayer. When we do well, we want to shout it loud into the nearest microphone. But, some of us aren’t very graceful at losing or keeping our hobby under control."

Adhttps://store.steampowered.com/app/1488200/Symphony_of_War_The_Nephilim_Saga/?utm_source=n4g&utm_medium=native&utm_campaign=sow_n4g_native&utm_content=png
- Comments (17)+ Comments (17)
TopNewestOldest
The story is too old to be commented.

Lol man this was funny as hell! What's the matter these people? Messed up when dude's xbox got smashed.

lol.....only an Xbow owner would act that way.

edit: @ the end of the day, its just game that we enjoy.

Id be pretty pissed if anyone threw my PS3 out the window.

Regardless, that first video is fake. Why did the brother go outside, if he didnt already know what was going to happen?

This shit is so fake .

most of them yes

To bad none of it is real. Gamer tantrums are like bigfoot sightings everyone has seen one, but no one caught it on video.

Pokemon video seemed real, but all the rest were staged including the infamous "Leroy Jenkins!!!!"

I hate "EpicFail" those two little bastards put out so many staged tantrum videos. If I ever see them in real life I will tape an actual double homicide.

staged or set up...They seem real to me apart from the perfectly timed brother pair

Happy for the pokemon guy.

Perfectly timed brother pair is "EpicFail" they have a butt load of videos on you tube.

German kid was not on the news for his tantrum it was for a show about the effects of gaming. Trying to show why gaming is bad for us.

The other German destroying his keyboard waiting for his game unreal tournament to load is also staged. If you think setting up a camera and then destroying a keyboard in front of it while acting like you are crazy is reality then you are gullible. Little fat German was just the first to recognize that people would find it funny to watch a gamer tantrum.

Leroy Jenkins was staged half the raid was in on it.

Fat guy that sounds like Cartman is taping himself and is trying to be funny which he kinda is, but is not at all a gamer tantrum.

And if you cant see that the guy pitching the xbox out the window is a complete farce you have bigger issues.

The boy in the article image needs nothing more than a good kick in the ass from his Dad.
If i behaved like that back in the 80's, i would've gotten a fist in the back of the head.

Ah I was only alluding to what you were saying. Get your head out of the gutter Green Ranger!

Sorry.
I spend too much time on the internet, so i see everything in a sexual context.

hahaha..in india he would has been beaten by a belt while being in the murgha punishment(jst google it). i am saying this i have been beaten like this in my past. BUT i love my dad more than myself.

Why do parents let it go so far? stuff is hilarious

The Legend of Heroes: Trails of Cold Steel II Getting Altina Orion Figure by ques Q

The Evolution of Video Game Controllers and Input Methods

Visiting Super Nintendo World felt like being inside a Mario game

Season: A letter to the future PC Review | NoobFeed