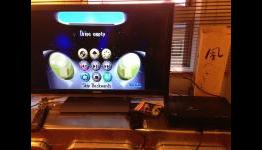 A pair of Ultra-rare unreleased Sega Pluto prototypes have been discovered and detailed online.

It’s not the prettiest looking console but it does appear to be an updated version of the Sega Saturn with built in NetLink modem.

Wish Sega would build a new machine gameing isn't the same with out a playing a Sega machine. Dreamcast was the last Sega machine I bought and If Sega announced a Dreamcast 2 I will stand in line for it. A person can find their games on the PSN and XBL and on collection discs. But I would rather play Sonic on my Genesis than my PS3 because its a Sega console.

Does it play Saturn games?

Oh I see it is a Saturn

Why Sega Powered Magazine is Not to Be Missed

Pokemon Legends Arceus Leaked Copies Out In The Wild