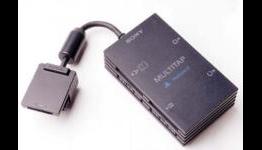 Goodbye Youth - The End Of The PS2.

This Is My Joystick NEW Celebrity Games Columnist OJ Borg Laments The Death Of The PS2.

The power of the PS2 was the social aspect; that dragged Gamers in. Nowadays we don’t need to see, smell or entertain our friends as we have Xbox Live and the shabby PS3 online thing, but back then, we used to have to be in the same room to play these games. This wasn’t a new thing, but the games just made it all-encompassing.

Games like Tekken Tag Tournament were great for a night of lazy boozing and gaming. Track and Field with a Multi-Tap was where we would give different names to the competition, depending on who was there (“AAA” if it was the poorer player’s, right up to an Olympics once every four weeks). We even had a little drugs scandal, when we decided to ban the use of socks on fingers to help mash the buttons.

The PS2 was a once in a lifetime machine, but honestly I hadn't seen a new one available here in the states in almost 5 years. The news that they have ceased production worldwide is basically symbolic.

Xbox Please Not Again. Not Another Outage. News Round-up #22

Multiplayer for the Masses: The Legacy of XBOX LIVE

Ranking Every Tekken Game From Worst To Best

Xbox Live Logo Replaced With a New One On Microsoft Store

The Video Game Soundtracks of Our Lives: The 2000s