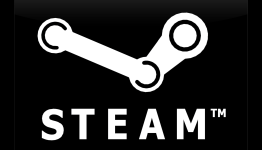 Ryan Archer from The Nerd Cabinet summarizes the Steam Christmas Sale deals for the 29th December.

"We’re midway through the Steam Christmas sale now, and whilst some have been disappointed with Valves discounted offerings, another 6 games have been given the limelight with huge savings to be had."

the steam sales are great and all, only if they let me buy these games without giving me an error all the time -_-

I honestly think Green Man Gaming have had better deals this year, perhaps a sign of Valve getting complacent?

While I loved the Steam, GreenManGaming, and Amazon sales this year, and I definitely ended up with quite a lot more games, I was admittedly a bit disappointed with the prices on some things, such as the best discounted price for Skyrim was at $30, given that the game is now over a year old and Borderlands 2, a game released just a few months ago is also at $30 on sale (even cheaper a few days back on GMG). Its not a huge deal, but there were enough situations where I didn't buy a game because it was $5 or $10 more expensive than I felt it should be, or looked to Amazon/GreenManGaming for a better deal.

I was also disappointed that Valve/Steam didn't hold the "presents" promotion that drew so much attention and many additional users like they did last year. The presents were a very cool promotion to get people trying, buying, and playing a lot more games. I don't know why it wasn't continued, but I hope it returns next year.

the presents promotion wasnt continued because people abused the hell out of it and ruined it for the rest of us.

That's a shame. I knew some people had been creating additional accounts and abusing the Free to Play and $1 game's presents and all, however I didn't think it was a very significant amount of folks doing that.

Even so, I would think that rather than cancel the presents idea, they could change their approach. There are a lot of ways it could be refined to improve on it and/or decrease the likelihood of someone abusing the system. In any case, I hope they've received a lot of feedback and try to find a better balance and variety for prices and promo ideas in the next big sale.

first of all... awesome avatar. Deus ex is the awesome..

And i agree with you. They should change it. But i can see why they dont. Its just a bonus for us gamers that they were giving free games. There is no benefit for valve to organize these events and then have to scrutinize it to make sure its not getting abused.

why bother? People are animals when you treat them nice this is what you get back. =/

Thanks man, I've been a huge fan of Deus Ex since probably 12+ years ago now, before the game was released even. I played the demo of the original game that came in an issue of PC Gamer Magazine and was hooked. I remember actually playing the demo over a dozen times, haha.

Anyway, yeah I hear what you're saying. I can see why they don't bring it back, however I would also think though that the presents could encourage two things: more purchases of games for people who are achievement hunters or gift hunters trying to the max amount of achievements, and potential for a large growth in user-base. I say that there is potential for growth because I remember how huge the sale was for them last year.

If I recall correctly, their average user-base (not just new accounts people created to exploit the presents system) went up by a pretty drastic amount. I think the potential for free and discounted games drew in a lot of interested people, and it sure helped that tons of games were heavily discounted at the time anyway.

That's my thoughts though, and maybe due to the reaction they've received this time around, they'll plan out next year a little different. I know I'd like to see better spacing for the sales. I don't remember them having a "Fall Sale" prior to this year (though I could just be absent minded), and while I'm not complaining about that, I think maybe Summer Sale started a bit late this year too. So overall it felt like we had three big sales real close together, and for more than the first half of the year there was no event that I can recall like these.

They've been a bit lackluster this year. Same old stuff that's always on sale and everyone owns. Some 'sales' can hardly be called sales anyway when they've been at that price or lower for some months from other retailers. It's starting to look like stores like Amazon and GMG are finally bringing the fight to Steam, and in a lot of cases coming out with the better deals.

The only thing I've bought is Bastion so far, which is pretty shocking.

well other than spec ops fatmangoboom in the forums bought me that.

It looks like you just bought a load of crap for the sake of it because it was cheap. No offense!

what do you consider good games then?