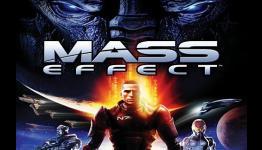 Mass Effect’s extremely late appearance on the PlayStation 3 seems to prove the old adage “nothing is impossible”. After all, Microsoft published the original game, which came to Xbox 360 in 2007 and PC in 2008. Even after Electronic Arts acquired developer BioWare in 2008, it appeared Microsoft’s stranglehold on the original remained as tight as ever, as PS3 gamers got Mass Effect 2 and 3 with no sign of the first third of the trilogy.

Kinda fun, playing a game that was payed for by Microsoft on my PS3.

They'd have most likely been payed a huge amount for Mass Effect to be released on Playstation 3. Great that others can experience the full trilogy, I've considered the original to be the best of the three.

I agree... I loved Mass Effect on the 360, now I'm loving it on the PS3. You catch a lot of story stuff you miss on the first playthrough. It still has some technical hiccups, but ME is so awesome it doesn't even matter.

This opens a lot of possibilities of exclusives being released on other platforms. Not saying it'll be a trend or anything, but it'll be interesting to see something like this happening again.

Not a bad game, outside tech hiccups it's actually a good story; and this is coming from someone who dumped at least 100+ hours into 2 and 3.