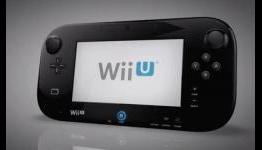 Non-Fiction Gaming writer Chris goes through seven different game types that could be great for the Wii U.

I have my Wii U pre-ordered and paid for, because of the potential of the system to have unique gaming experiences, but Nintendo is starting to worry me that they won't be making the most of the potential. Things like sticking with friend codes instead of a straight up user name and account, and not having accomplishments required for all devs make me question how serious they are about making the Wii U more than just some cool features. Anyway, can't wait... 25 more days and I'll be able to find out for myself.

The fact that they are giving developers the freedom to do whatever they want makes it more appealing to third party developers. Doesn't have to be a bad thing. Besides first year is always rough, I just hope gamers support the system so that developers don't pull the " See Nintendo consoles don't sell third pary games" card. And eventually do lazy game ports and shovelware heaven.

Having accomplishments required doesn't take away from creativity. Having them for all games makes a standard. If one game has them and another doesn't it creates confusion. I think most games will have them, because devs have learned how important they are for sales. There are PS Mini devs who have said that having trophies for their games would increase sales, but Sony doesn't allow it for Minis. A standardized system would alleviate any potential confusion/problem.

Also, friend codes dont build a social community, and Nintendo clearly wants the social aspects of gaming to be at the forefront of the Wii U. That has nothing to do with dev freedom.

that many seem to miss (or perhaps dont want to see) is the possibility of nintendo opening up the use of the 3ds (or xl) to be used as a form of wii-u control input.

No doubt the possibility is there and they had a small sampling of handheld/console integration a couple times before. But it was due to the lack of support from the main company that was a turn off for even the others.

i mean why opt for something as risky as that if even nintendo didnt support it? If nintendo can show that the 3ds can be used in conjunction with the wii-u then others may take that even further.

Maybe even offer specific games that have a 3d effect using the 3ds and allowing the user to see things from different perspectives that the regular tablet cant.

Its just an idea.

on a side note, one of my favorite gba/cube crossovers was pacman vs. I loved how the ghosts could only see a glow around themselves but the person with the gba could see the whole maze.

* MOBA's. - This could be the MOBA system if it wanted to.

- The touch Pad/ screen is just perfect for this game type.

Wii U is a nice console, At e3, I got the chance to put my hands on the Wii U omg omg beyond my expectations

Really? Cuz i feel the complete opposite.. It was uncomfortable using the gamepad after a while.. The system is impressive tho.. Its buttery slick, fast, & responsive.. I sure hope they allow the pro to be used in all their games as a secondary choice..

The face buttons were far from my palms & the triggers felt too spread apart to me.. Maybe after a few days of using it that will change but its inconvenient to play games that require quick inputs & i would definitely want the pro for that..

Ultimately the Wii U will sell great in numbers until the PS4 and XBox 720 come out, where graphics will be the main talk about. Instead of being unique like the original Wii.

i agree...the system has super potential...and will have great graphics...so i think the wiiu is ahead to stay...especially when a couple games truly take advantage of alot of its potential.

2023 Game Anniversaries To Keep Note Of

Is Shigeru Miyamoto's 'A delayed game is eventually good' rule true for Nintendo?

Pikmin 3 Wii U version is back on the Nintendo eShop

Pikmin 3 Removed From Wii U eShop

Which Wii U games are left to port to the Switch?

Wii U Games We Want to See on Nintendo Switch