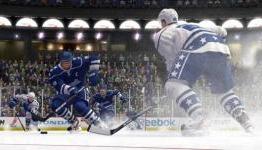 Neil Bason: "Let’s face it, growing up as I did amidst the landscape of the industrial North of England where it rained a whole lot more than it snowed and Ice rinks were the domain of namby pamby kids that wanted to pirouette and twirl rather than get the hockey sticks out, it’s fair to say ice hockey is a sport that has never been a part of the masterplan for me.

thisisxbox.com
- Comments (0)+ Comments (0)
TopNewestOldest
The story is too old to be commented.
40°2

I'm in an Abusive Relationship with EA Sports