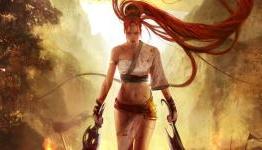 Top 15 Most Underrated Games of This Generation

Joe Jasko from Rant Gaming takes a look at some of the most underrated games that were released this generation.

I agree with Singularity.
I would also add Splatterhouse.

i finished rage on xbox last night, great game but man was i gutted, i was on disc 2 thinking i must be half way through the game because there was a third disc....not realizing it was for multiplayer!
entered the facility expecting some huge fight that would probably lead to the third disc...but nope killed a few mutants and then nearly died as the credits rolled, i had no idea i was near the end of the game! 14 hours?

i thought rage was underrated but now i take that back, if anything it was overrated

Mirror's Edge achievement designer: "Achievements have been bad for gaming"

What Makes the Earth Defense Force Games So Addictive?

Ten best games from the 2000s you may have missed