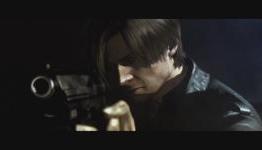 Resident Evil 6 is without a doubt, a terrible, rotten, no good, very bad game. Its an over-produced attempt to please everyone while pleasing no one, lavishly crafted yet inherently diseased video game. There was never any momentum within the story or the gameplay that could provide anything more than a short, fleeting moment of mediocre enjoyment. Resident Evil 6 is Resident Evil in name only. The game has become almost completely unrecognizable to fans of the series, save for a few characters and the now archaic, rehashed, and uninspired plot points. The core gameplay has changed so dramatically to try to cater to a wider, Call of Duty, Gears of War playing, Western audience, yet it can’t create an experience comparable to the titles it attempts to emulate. Resident Evil is no longer a survival-horror franchise– its a third person action shooter–and a terrible one at that. Players unfamiliar with the series and die hard fans alike should simply skip Resident Evil 6 and hope that Capcom can regroup and reestablish the core of this franchise teetering on the brink of disaster.

The Scariest Moment from Each Resident Evil Game