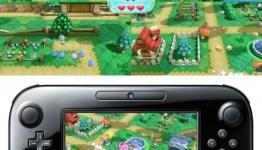 Shin’en developer Manfred Linzner has told N-Tower that he believes that the Wii U will be the strongest console in history due to its future potential. Linzner then went on to explain that the console offers developers, such as himself, a brand new way at looking at video game design. He then concluded that with development teams such as Retro Studios, and Nintendo EAD, the console could well become unstoppable.

Everything seems pretty spot on and accurate.

Heres what he really ment:

"The Wii U is quite powerful in comparison to other current consoles, that's because PS3 & Xbox 360 are dinosaur tech by todays standards.

However in comparison to any decent 200usd PC GPU Wii you will get pummeled, since Wii U tech is quite ancient by todays standards".

Probably why he said "console" not "individual PC component which is useless on its own, but only 200usd".

I doubt think a custom 6000 series GPU is ancient. Comparable in many ways to the 6670. Its better than what's in the PS3/360 and has GPGPU and even the CPU though clocked lower is better than Xenos. I don't know of any 200 dollar chip that would pummel WiiU. The only GPUs that would some a noticeable difference after optimization are 300plus. Personally I'd rather get a new console with exclusives and good looking games rather than buying an expensive GPU

Don't think any decent gaming PC as of today would need an upgrade to beat the Wii U. I think Nintendo is trying too hard to fool people into believing Wii U is featuring some top end hardware, when clearly they are not.

When PS3 or Xbox 360 launched they were atleast on par with Mid range PCs of their times. Thats not the case with the Wii U, hence anyone buying that system as a powerful system is delusional at best.

Whatever the case man, be it Nintendo or the Devs people are being misguided on Wii U being very powerful. I would think a new console to at least be considered powerful should at least match up to mid range PC of todays time, just like the Xbox 360 and PS3 were in their time.

@T900
I don't think Nintendo ever said the Wii had top end hardware. All they said was that it had 2 gigs of ram and that, as usual, they don't believe great graphics are the be all end all.

No he Said WiiU has more power than any PC on Earth and will run 4k [email protected] fps with triple monitors in 3d. He said the WiiU has a GPU that is more powerful than 10 GTX 690"s combined. Expect to see games so powerful it will blind and kill most people. Anyone That survives looking at the graphics will be left insane due to not knowing the difference between WiiU and real life. It will confuse us and make us think we are in the matrix.

Too early to tell. That doesn't mean I won't be getting a wiiu for all the exclusives and first party titles. I hope the wiiu has huge success and that also goes for every other console too. More success=more games potentially for me to play simple as that.

Well it's certainly the newest console so I'm not terribly surprised.

... until the next playstation/xbox is announced

its not only the graphics they speak of. its that tablet controller and the depth it ads to a game, same with the way nintendo brought the wii mote almost. i bet the next ps360 will have sum kind of connectivity like the wii u. i deff want one just for having it sake sure i could enjoy a few good games on it.

And then Xbox 8 and PSOrbis arrive and suddenly WiiU is back to the situation the Wii is in now. Getting watered down ports.

WiiU - Rated U for Upgrade

Calm down its not gonna change your life that the wii u is the most powerful for about a year. Its OK to bash the wii u but jeez is it so hard to be mature about it? And chiming in with your naysaying for darn-near EVERY wii u article, it makes it seem like you actually have some kind of interest in it. If you don't like wii u, leave it alone don't beat a dead horse with the same "flaw" claims you've spat out over the past month. I'm not a huge fan of the iPhone but I don't troll apple forums complaining about em while trying to state my case why android is better....its stupid and childish.

I use/play what I like and others do the same there's no need in trying to deter someone who is interested in a product. You're only a consumer afterall, not a salesman.

Lol your so funny... Name the CPU right now... You don't even know what I'm talking about. We don't know what the CPU is but even if 3 Broadway's taped together and clocked lower it would still be better than the Xenos. I see you've moved on to only trolling the CPU. I think you keep forgetting that it has powerful GPU that does CPU processes. So it has a more powerful CPU and GPU and 4x as much ram... Troll harder!

I don't care as long as I finnaly get to play some nintendo games in HD.

just like the wii when it came out, so nothing new in this.

Please keep on crying about a system yinz never plan on buying cause its going to stop people from buying wii-u lol!

cause nobody knows wii-u isn't using the most cutting edge graphics technology lol!

yinz crying about wii-u everyday really made me think man I can't play fun great games without the most cutting edge graphics lol!cause we all know graphics alone is what makes games better!lol.

man I hope yinz laugh at your own comments as much as I laugh at them.cause yinz are such hypocrites it's funny as hell.

I plan on buying a WiiU because I like Mario and Zelda, but this is probably the first Nintendo console I am not excited about. I'm not even sure if I will buy it day one. I may wait until I can pick one up used or on the cheap. I haven't read anything about pricing, but I will not pay more than 199 for a console with old tech again and I am not even sure if I am willing to pay that. Guess it depends on the games....

LOL...So someone is never buying a console again... Wont pay more than 199 for outdated tech?Every console launches with outdated tech..lol... You wouldnt even have a PS3 right now and would just be getting a 360 using that logic...I am sure that was just a lame attempt at trolling with no real thought put into the consequences of such an action.

How old are you 10? Trolling because I voiced an opinion? Yeah I'm a huge Nintendo troll, right. Nintendo happens to develop some of my favorite games. I have always purchased every console for each generation. When I am talking old tech I am not comparing consoles to PCs, we all know who wins that battle. The WiiU will be in the same position graphically when the next Xbox and Playstation are released. In those terms it would be old tech. So call me a troll and twist what I say and claim to be logical. Your 10 year old antics do not matter to me buddy.

I'd hope it would be considering it is a brand new console.

Gotta laugh at some of these comments...

Most of the "well it ought to be its new" are coming from the very same people who were just weeks ago claiming it was weak. Now suddenly we have dev's saying the opposite and of course now their story changes.

It uses modern ram, modern architecture in the gpu and cpu, and a quick blu-ray based disc drive. Just how much better it will preform, we'll have to wait and see, but I've got my preorder and I'm excited.

Im pretty sure what the bottom line is. The wiiu will defs be the most powerful console in every way...until ps4 and 720 are released. Then things will change.