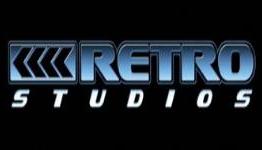 Zelda Informer writes: Last week, I was pretty confident in my deduction that Retro was reviving this old franchise, but it turns out I somehow managed to miss and entire half of the original information article. Oops. Part of what I missed reveals that the game will have AI, which means enemies and bosses are more than likely. As much as I’d like to take Captain Falcon out to punch in some gangster skulls, I don’t think F-Zero will get such a drastic change… Probably ever.

There is nothing in the article that takes away from this chances of the Nintendo Wii U entertainment exclusive being a new iteration of the F-Zero franchise.

I might be wrong, but I can assume that AI can be used with vehicles as well. Which was one of the main doubting points of the authors speculation. Hall of Fame Studio Retro Studios could simply be making the racers more of a challenge.

All of the listed qualities in the in progress title can easily be found in an F-Zero game. F-Zero for the Nintendo Gamecube entertainment system for the most part. My hope is still in the air that Retro will reveal the next F-Zero title. If not that then hopefully its StarfoxU. We are long overdue for an adventure with good ol Fox.

That's funny, I thought the exact same thing when the author brought up the AI argument. There are so many cars on the track at one time (Grand Prix). So, why wouldn't improved AI be a focus for the new F-Zero?

That being said, I think that the clue about "hand painted texture maps" hurts F-Zero's chances. From all of the clues so far, I'm leaning towards Metroid. You don't even use a map in any of the other games, and these maps will be very detailed, apparently.

In Nintendo super secret agent PR code. Hand painted texture maps hints at a new Zelda title in the making, or something down those lines. Your quick thinking just destroyed the chance of that being an F-Zero title. Though hopefully we get one sometime next gen. I have been playing F-Zero GX for awhile today, I would not mind an updated version.

EDIT.. Metroid is also a great assumption. It actually makes more sense than zelda at this point because we were recently blessed with Skyward Sword.

I just hope that it's not Zelda lol. Don't me get wrong, I also regard Retro Studios to be "Hall of Fame" in every meaning of the word. It's just that imo, Zelda WiiU will "sell itself". All Nintendo needs to do is: make it look gorgeous, put maps on the Gamepad, and throw in some voice acting.

Retro has a remarkable talent for "reviving" dead series. Imo, they should be called "1-UP Studios". They need to be working on either Starfox or F-Zero, and later, why not Bayonetta 2?

Yoshi's Story = Not what everyone wants (imo of course).

I actually live in fear that Nintendo might apply voice acting to a Zelda title. Do you remember how great Final Fantasy was before people decided it was okey to speak out loud? We have been tortured by mediocre to down right poor voice acting ever since then. I dont think Zelda would be any better.

I think that our safest conclusion would be a starfox title if we are talking about revival. As of now that is the only popular but missing franchise that I can come up with. Especially since the last starfox games were good but not up to standard. They can definitely benefit from a retooling.

I can understand, good point lol.

I think that we both know, however, voice acting will happen. I mean technically, it already has. Midna and Fi both spoke "gibberish", and somebody got paid for it. Imo, as long as Link stays quiet, it won't be too bad.

StarFox, on the other hand, would just be awesome.

...I really didn't care for Adventures or Assault.

While I agree that FF X and FF XIII had very mediocre voice acting, I thought that the voice acting in Final Fantasy XII was top notch. That said, I imported the Asia version of XIII(and XIII-2) for my PS3 just so I could have the original Japanese voice actors with English menus/subtitles. So much better! I love Sakamoto Maaya as Lightning!

Wow I agree! I thought the old Final Fantasies without any voice acting whatsoever were much more charming. In my opinion voice acting just doesn't suit those games.

I also thought that the focus on AI didn't debunk the possiblity of a new F-Zero, but the job description ZI linked to states that the duties will include work on AI for enemies and bosses. I don't think a new F-Zero will be so heavy on that, especially to the point where they can't use the ones who worked on MP or DKCR.

Here's hoping for a Starfox, Metroid or, dare I say, a crossover.

Maybe the hand painted texture might be needed for a new ip but old? I would like to see star tropics

email it to them

Do you only put the "Rated E For Everyone" line at the end of your posts when your talking about nintendo?

Bow your head in reverence.Nobody questions the Kaos!

I was hoping that's what Retro was working on!

I've been saying for some time now that I think it's probably StarFox.That being said,I love the idea of a Yoshi's Island reboot.Regardless,whatever they're working on,I'm certain it will be amazing!