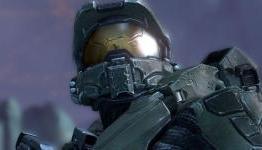 Will Multiplayer Get A Fix Next Gen?

But hey, go right ahead, I double dare you to. I dare anyone reading this article to go and turn on their PS3 or Xbox 360, pop in their favorite multiplayer game, and play online for an few hours, and see if you’ll be able to get through your session without some under-aged, immature, racist, or overzealous idiot stepping completely out of line and ruining it for you. It appears that now in this day and age, the only way to play with others online is to mute everyone and pretend that they’re not actual people. Because if you don’t do that, chances are, you’ll either get bullied, or get insulted and lose your cool, so instead of blowing off steam after a hard day’s work, you find yourself in a heated verbal battle with some kid somewhere, and now you’re so worked up and all ready to punch a cat in the face

I think someone just got beat on a game...

Possibly, but the author does make a valid point. A percentage of today's online gaming community is represented by nasty little oxygen thieves that enjoy nothing more than goading or abusing others for sport.

This is true and the only way to curb it is to have more accountability. That means no way of creating new accounts while you're warned or whatever measure they take.

Gamers need to be educated on the fact they don't have the right to ruin other peoples experiences. These services have their own terms that you have to agree to.

1. If someone constantly team kills for example they can have a warning attached to their avatar and sent to purgatory with other team killers. Perhaps a 24 hour cooldown period and if it keeps happening the penalty increases.

2. Racial and vulgar people should get a 24 hour voice/text chat ban and go up from there as well for repeat offenders.

3. Those who drop out and disconnect, in other words the poor losers. Have a logo above their name and the host can decide to keep them or drop them. After a certain period of time that logo goes away.

These are just the things off the top of my head. I'm sure there are many better ideas but the end game should be the same, a enjoyable experience for everyone. If people can't conduct themselves properly then they should just stick to single player games.

In fairness, Xbox Live (to some extent) has attempted some of what you suggested.

"This is true and the only way to curb it is to have more accountability. That means no way of creating new accounts while you're warned or whatever measure they take. "

Completely agree here. The Xbox Live Gamertag actually helps in this regard because, obviously, you pay for the account (with the exception of free trials)and you can't just create profiles at a whim.

"2. Racial and vulgar people should get a 24 hour voice/text chat ban and go up from there as well for repeat offenders. "

Yeah this should be enforced more stringently. Unforunately, there are evidentiary problems with this unless you have recording software. So a possible fix for next-gen MP gaming and a welcome feature is built-in recording. That being said, my mate had his account temporarily banned on the PS3 for using vulgar language and there are quite a few people on Xbox Live that have been banned for inappropriate behaviour. Still- unacceptable behaviour is rife online.

"3. Those who drop out and disconnect, in other words the poor losers. Have a logo above their name and the host can decide to keep them or drop them. After a certain period of time that logo goes away."

Halo Reach tried to tackle this to some success. People who drop out or disconnect get temporary bans and it does work because I play with some players who do rage-quit a lot and get affected by this. But yeah, a more universal implementation would help (although, legit disconnects obviously somehow have to be taken into account).

I think in the end, it boils down to more admins for services like PSN and Live are needed. The online environment right now is replete with so many abusive and immature players that experiencing vulgar and hatred alluded to by the author is almost customary now when playing online, whether it be on PC, PS3 or 360.

Yeah I think so too.

There is always Party Chat or the mute function. Playing with your mates is the best thing although, I do admit, it is a shame people can't get along online.

People are competitive but there's a difference between being competitive and one who's sole purpose is to ruin the experience for others.

There really is no perfect system out there. Some are obviously better than others. The best way is to filter your own friends but that takes time and limits your audience. A rating system never seems to work either. Look at Metacritic for example.

I have met a lot of great people online so it would be a shame not to have that element of surprise of finding good players.

Haha, I don't know if it's as simple as you put it.

nothing to fix. words can not hurt you. if you are offended by meaningless drivel, good luck getting through life.

It's called mute and avoid. Both options are on live and psn. Now Live tried to have community's when you first signed up with players being casual and underground however people just selected anything they felt like and it did not really do anything. It would be nice if the community could be the one that put you in a certain pool of players and not yourself. That would help filter out kids.

You're not really asking for multiplayer to get a fix but gaming communities and players. Fat chance of that happening.

I doubt trash talking will ever stop within online gaming.People have the freedom to say w/e they please to be honest.Don't wanna hear it?press the mute button.

I don't think the problem is with trash talking. I play sports in competitive leagues and I know what trash talking is, but never in my life have I experienced racism/insults like what I see online. No one in their right mind would dare say those things to someone in real life, so clearly there's a difference between trash talk and the personal abuse that takes place online.

The mute button is there, true, but why are those people even allowed to ruin the game experience for everyone else involved and not get banned for a significant amount of time? I don't think that really fixes the problem, it's more like deflecting it elsewhere.

Yes we have locks on doors, but that doesn't mean that we don't need the police putting thieving assholes in jail.

Because freedom of speech even applies while online/gaming.People playing games online have the freedom to talk crap just like you have the right to ignore or fire back with own insults.I don't agree with racist slurs and crap.I do accept that everybody has freedom of speech no matter how disturbing it may be.

"People have the freedom to say w/e they want" No we dont. We can sue for defamation as we have the right to be protected by any form of abuse be it verbal or physical

In some countries the penalty for defamation is a nice little vacation in jail.

@ TheTimeDoctor Its just not a case of taking a few cussing or name calling and brush it off. People lifes and reputation can and have have been destroyed by slander and smear campaigns. Just imagine that a local newspaper accuses you of being a rapist or pedophile. Would you just shut up and "take it like a men" or sue their ass?

If he was kicking ass he wouldn't care what they called him but I do agree that their should be real consequences for all the X-ist vitriol.

Just do this xD.

If they can figure out a way to perma ban people who's only purpose it is , to ruin other's gaming experience , then I'm all for a little change.

I mostly just mute people, and if they are cheating, there is always next game. It's the fact that maybe 10% of online gamers are inconsiderate and have no awareness and they don't care.

If they set an example out of maybe 100 people and ban them from ________game for a year then I'm sure the message would be sent loud and clear.

If you can't get along, then get the F out.

My favourite online game atm is often ruined by people who don't care about some of the simple basic rules of the game. In Starhawk your team can build 32 structures max, and playing CTF, once you have the flag you have to be able to build a getaway vehicle dispenser to have a chance to win. Yet in most 32 player games people will keep on building useless stuff untill nobody can build anything anymore. Right from the start and within minutes, unplayable.
So frustrating, unbelievable at times. Funny thing is you can report players as "bad builders" but I guess you can't ban people for playing 'wrong'. I learned to just quit and find a new game, breaking down there little useless kingdoms only gets them mad.

It’s Depressing How Important Call Of Duty Is To Gaming

Pokemon And Call Of Duty Have Exactly The Same Problem

Each Call of Duty Developer Should Embrace Its Own Style