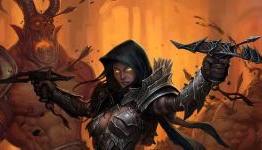 Despite the trials and tribulations the title has faced since launch, Diablo III still ended up as the shining beacon what proved to be yet another poor month for the North American gaming industry in terms of sales. NPD Group's monthly sales teardown confirms a 28 percent year-on-year decline in overall industry sales for the month of May. However, NPD analyst Anita Frazier notes that new titles released last month actually generated 31 percent more revenue compared to May 2011, thanks in no small part to titles like Diablo III.

Adhttps://store.steampowered.com/app/1488200/Symphony_of_War_The_Nephilim_Saga/?utm_source=n4g&utm_medium=native&utm_campaign=sow_n4g_native&utm_content=png
- Comments (10)+ Comments (10)
TopNewestOldest
The story is too old to be commented.
3883d ago

comeback? PC gaming is top dog. When a company like nexon is trying to buy EA what does that tell you?

I expect more price cuts coming for the XBOX360 and Playstation 3.

PC is mainly digital,that is why you don't see many pc games on the charts. Diablo is just so strong that it even sells well on retail.

Diablo 3 sold mainly on the hype, and because Diablo 1+2 was realy strong titles.
Diablo 3 is for me showing the decline in quality in blizzard products. Not that its a bad game, but its not pre actiblizzard standard.

It was just released too early. It's still a great game but needed maybe 1 or 2 more months. The problem obviously is activision.