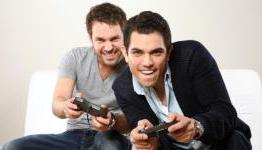 Editorial: Is Gaming a Men's Club Only? [GAMINGtruth]

Recently Aisha Tyler had to go on her Facebook and defend her love of gaming. GAMINGtruth contributor Jamie Lynn O'Dell believes that it's time to stop pretending girl gamers are some sort of myth.

I think most people view female gamers as a rare breed. Maybe your girlfriend comes over and you are playing a game, and she joins in for a minute. Most of them won't stick around for the marathon nights though. Interesting article though.

Well it really depends how you look at it

I'll try to word this correctly as I know one slip up and I'm going to have a ton of people taking what i say the wrong way.

Anyway, I think it kind of is because thats how gaming started out. Consoles, gaming in general have always been targetd towards a male audience because of the steroptype back then of "Geeks" loving computers and video games. Even how it was marketed showed it was targeted for men I mean look at the PS1 for example, grey, bulky, ugly looking...not something you would show off to get a girl interested. I'm not saying Girl gamers back then didn't exsist there just wasn't as many as there were of male gamers. As I've said gaming has pretty much always been targeted to men and I'm pretty sure more gamers in the world are male, hell even the online is a boys club. Boys calling peoples mams, calling each other names, bigging themselfs up to make them look cool because they know theres no way they are going to be beaten to a pulp...it's the reason why I think girl gamers get way too ofended when they go online because they can't handle the enviroment...although it dosen't help in some cases where most girl gamers yell out that they are a girl and make it so cringe worthy obvious.

Which brings me to my next point...the thing about girl gamers is that in this day and age where thanks to the Nintendo Wii making gaming more casual it's hard to actualy find a real girl gamer who's REALLY interested in games. Most girls on this site will obviously be real girl gamers because...well lets face it they obviously like them so much to make an account on a gaming news website but there are a lot of fakes out there who do it for a number of reasons.

Some do it for boys attention or only do it to prove that girls are just as equal to boys, like as I mentioned, the ones who at the start of a COD online match would yell out that they are a girl gamer. "GIRL GAMER HERE..COMING THROUGH, A GIRL IS GOING TO OWN EVERYONE OF YOU GUYS", where she will be torn to pieces by hurtful comments only then to b*tch about how the online is immature even though it's her own fault.

Finally you have the ones who just lie because they think that playing on the big talked about games like COD, Halo, Skyrim for example makes you a gamer. Yet if you asked them if they watch E3, the VGAs, the TGS or talk about non hot topic games franchises at the moment which arn't in the media spotlight at the minute such as Half Life, Thief, Final Fantasy Versus, The Last Guardian or Eight Days they wouldn't have a clue what your going on about.

As I've said it's hard to get this across but it's the best I could do. Please don't take offense to it I just think deep down that theres more likley to be gamers who are male then female. You have to understand why it's hard to come across a female who is actually interested in games, not just the talked about culture that surrounds it