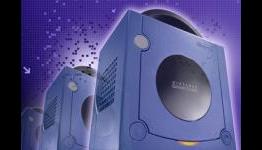 The GameCube’s Legacy to Nintendo and Gaming

The Nintendo GameCube might not have sold that well, it sure as heck didn’t sell well here in Australia. That doesn’t mean it wasn’t a great console. There were a lot of fun games and fun times on the little purple lunchbox.

The GameCube has left behind a legacy, not only for Nintendo with new franchises, experiments and innovation but also for the gaming industry in general. It did some things really well.

It’s been 10 years since the GameCube was released (here in Australia, a bit longer everywhere else) so let’s look back at what made the system great and what it left behind.

The Gamecube today is still one of my favorite gaming systems of all time, it had some of the best games in history.

Metroid Prime 1 and 2, Mario Sunshine, Star Fox Adventures, Eternal Darkness and the Legend of Zelda: Windwaker to name a few.

10 Times Sega Beat Nintendo At Their Own Game