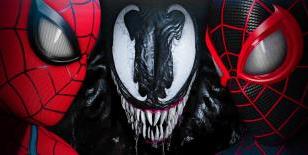 Most Anticipated Games Confirmed For Release In 2023

2022 has arrived and its promising to be an even better year for gaming compared to 2021. With likes of a new God Of War as well as a totally new RPG IP from Bethesda in the form of Starfield. The gaming community has now a rough idea what expect from this year. But what's even more interesting are the slew of hotly anticipated titles confirmed for 2023.
Some are sequels that fans have been asking for quite a while now, whereas others are brand new promising titles that has been grabbing attention since its debut in digital media.
Here's a glimpse:

◘ Black Myth: Wukong ⁍ A brand new game that attracted a lot of attention from the gaming community with its debut gameplay trailer. An upcoming action role-playing game by Chinese indie developer Game Science, based on the classical 16th-century Chinese novel Journey to the West. With cutting edge visuals and gameplay, this "indie" title is sure to make headlines in 2023.

◘ Dragon Age IV ⁍ BioWare fans have been waiting for a stellar new single-player RPG for quite a long time. Like really long. That attempt called ME: Andromeda happened in 2017 ... and then Anthem happened. Very few info is available on this one but it seems BioWare is hard at work at redeeming the Studio's past reputation.

◘ Pragmata ⁍ Initially scheduled to release in 2022 but later got delayed to 2023. A sci-fi "Hideo-Kojima-esque" game from Capcom featuring a mysterious young girl.

◘ Alan Wake II ⁍ The sequel, horror fans thought they were getting in 2012 ... maybe 2013? Nope. Well not until now. Remedy's next big project is sequel to 2010 psychological horror which is also touted as going to be the 'Most Beautiful Remedy Game Ever'. Other piece of info? The genre is survival horror this time.

Was looking for SoD3's confirmed target release window. Couldn't find any. Only Speculative ones.
It'd be helpful if you've got a source

Naw it was just speculation. I thought it was.
I guess I didn’t add a question mark in the end lol.

Knightofelemia26d ago (Edited 26d ago )

I doubt Remedy will let Tencent buy them. AFAIK they want to remain as independent.
And I doubt Wolverine is 2023 title. Its sure to be a 2024 title. I think the Miles Morales & Rift Apart teams are working on it.

Anybody can say they want to remain independent but if someone approaches with a shit load of money you would be singing a different tune.

@Knight ... Obviously .... but there are outliers like .... Bungie
& I've also read rumors that Remedy was approached for acquisition sometime in the past.

Black Myth is going to be incredible! I can't wait to play this on PC!

It sure does. One of my most anticipated game