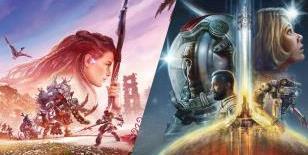 My Most Anticipated Games of 2022

2021 was yet another great year for gaming. This year saw the release of quite a few current-gen exclusives as well as the return of fan favorite protagonists. Even so, plenty of things got pushed back yet again, making 2022 another stacked year for releases.
Here's few** to get excited about :

◘ Suicide Squad Kill the Justice League ⁍ Rocksteady's next superhero game after Arkham Knight. No Batman this time. Or is it? But the infamous DC anti-hero team takes center stage this time and ... tasked to take down the Brainiac-controlled members of the Justice League? Okay .... Chaotic? Looks like it.

◘ S.T.A.L.K.E.R. 2 Heart of Chernobyl ⁍ GSC Game World is back again after 12 long-years hiatus with another "cheeki-breeki" survival horror sequel set in the infamous Exclusion Zone. NFT? Nope. Bugs? Yet to be confirmed.

◘ Starfield ⁍ Hype is strong with the Bethesda's first original RPG in 25 years. Set in the grounded and realistic space of the 2300's. Space adventurers be warned of knee-targeting space arrows.

◘ Atomic Heart ⁍ From the new studio Mundfish comes a new first person RPG that can only be summed up as Soviet-Bioshock.

◘ The Invincible ⁍ A new project from a new Studio, Starward Industries, comprised mainly of ex-CDPR & Techland devs. The game is a Retro-Futuristic, Atompunk First Person Sci-Fi Thriller based on a Fictional Novel bearing the same name.
Shouldn't get delayed, one can hope.

Call of Duty Modern Warfare 2022 ⁍ Strange to include a CoD but its Infinity Ward's turn next year for the next CoD. The revamped IW team was responsible for the mold-breaking Modern Warfare 2019. And the recent leaks points towards the studio bringing more innovation and revamps to the CoD formula.

In no particular order here are the games that I'm looking forward to the most.

What's everyone else excited for?

I doubt Dead Space or Callisto Protocol can nail a 2022 release but I'll be more than happy to be proved incorrect.

Cant wait for them two, plus Quantum Error looks cool.

Dang, I forgot to include Baldur's Gate III (final release) as well as Warhammer 40,000: Darktide, A Plague Tale: Requiem & Little Devil Inside.
And it seems from comments below, nobody's interested in Ghostwire: Tokyo or Stranger of Paradise: Final Fantasy Origin.

Starfield (bet it gets delayed though)

Starfield, Arc Raiders and some new IP's for me.

None of the sequels excite me. They might turn out fine but not really excite me.

I like your varied, retro-inclusive list.
The reason I didn't include Redfall in my list, becoz we actually know very little about it save for some leaked pre-alpha screenshots.

HFW, BotW2, Baldurs Gate 3, Elden Ring, and Silksong. Ragnarok if it makes it out.

HFW far and away number one, and I wasn't even a huge fan of the first game. I just know GG did this one up right now that they learned the basics. IMO, I suspect HFW is going to be legit goty contender.

I'm still highly anticipating whatever it is Gen Design is making and hope they finally show more next year!

Damn ... almost forgot about them.

In no order here either:

But the biggest I'm looking forward to will be to finish off 2021 properly. Deathloop is waiting for me on Steam, Guardians of the Galaxy and Psychonauts on Xbox, Ratchet & Clank on PS5. Instead of Elden Ring, I want to finally sink myself into Sekiro or return to Returnal with the advice from some on here.

Mainly because people generally know what to expect from a Dead Space Remake and can only make rough assumption regarding a completely new IP like Calisto Protocol IP, especially since its also supposed to share universe with PUBG(?).
I personally am looking forward to Calisto Protocol more but I doubt it'll make the 2022 cut.

Probably horizon forbidden west for me followed by God of war Ragnarok. I'm interested in playing starfeild but it's shrouded in mystery and I have no ideas if it will actually be any good at this point but I'm still excited.

I'm looking forward to playing most exclusives & multiplats on my PS5 for 2022.

Forbidden West - loved the first
Elden Ring - makes me feel like I'm playing a good D&D game
Saints Row Reboot - I actually like what I see and I'm a fan of this sort of open world games
Redfall - Vampire Borderlands looks interesting
Stray - cat
Bloodlines 2 - looks bad and good, and cheesy. It's like watching a bad movie that's good for all the wrong reasons.

Redfall - We know very little about it or I would've included it in my list since its from Arkane Austin.
Bloodlines 2 - Another that I am looking forward to but I doubt it'll even manage a 2022 release. It better though since the game'll look quite dated for 2023 release.

Agree 0Disagree 0
▼✖-+
SPAMInappropriate
Show all comments (28)
The story is too old to be commented.
50°Fresh1

Game of Thrones mobile MMORPG is announced by Netmarble Games

The eject button held all the power on the original Xbox