Waiting on the last of us 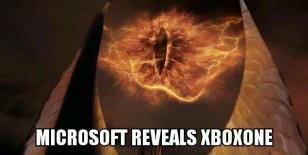 The title might be a little misleading, but despite the complaining I've been doing about the Xbox One I feel that I like it for one specific reason. Never before has a console been such a slap in the face to the very consumers that would purchase it. This gives us as gamers a unique opportunity to rise up and take control of this industry.

I've felt that our industry has been slipping away inch by inch this generation. We have issues with DRM not letting us play games we bought, companies taking out crucial elements of games to sell it to us as dlc, companies selling us dlc keys to unlock data that was on the disc we bought. There are plenty of controversies surrounding gaming, but until now they were spread across the whole of the industry. The Xbox One has changed that by giving us a clear and concise target. They have rolled every restriction you can think of into one console. They have taken a simple thing like lending games to friends and complicated the process.

In the most open ended attack on gamers, this console is trying to get its insidious agenda to become the industry standard. What will happen to Gamefly and Red Box? What will happen to selling a game on Ebay, Neogaf, to a pawn shop, to a small game store? What will happen when Xbox Live is down for longer than a day? What if my internet connection is interrupted? What if I just want to take my system with me when I travel? The short answer is you're screwed. Xbox One games can only be sold at participating retailers. Xbox One games can only be "given" one time, and then only to people who have been on your friends list for over thirty days. Xbox One requires a check in every 24 hours, you better hope you have a good internet connection on your travels.

I like the Xbox One because it gives us as gamers a chance to rally for our cause. We can say this is not what I want. I will not be pushed around by a greedy company trying to impose restrictions and pass them off as features. You say I can play my games anywhere I have an Xbox One (only for an hour.) I say I can already do that, I just take my game with me and play as long as I want. You say anyone can enjoy my games on my console. I say thats what they can do now. You say I can disconnect kinect but I can turn it off. I say then why do I have to pay for it?

It's time to rise up gamers. It's time to vote with your wallet. It's time to let these publishers and game companies know our worth. If publishers want us to not trade in games it should be because that game is good, not because you have taken the power away from me. The one box is staring at you gamer, it's watching you, it's time to cast it into the fires of Mount Doom.

- Comments (0)+ Comments (0)
TopNewestOldest
The story is too old to be commented.
20°Fresh