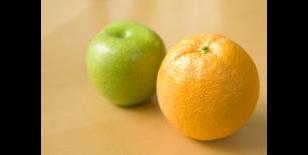 Long ago being a pre-pubescent child, I remember an argument I had with a friend of mine regarding the games Final Fantasy VII and The Legend of Zelda: Ocarina of Time. My friend was very much into Final Fantasy and I loved Zelda so much I still regard it as the game that got me into gaming. This discussion finally went the way most arguments do at that age: who would win a fight, Link or Cloud? While I look back and laugh, remembering my comment that Link could run in and stab Cloud repeatedly while Cloud was waiting for his attack bar to load, I can see now this was a pointless argument. Both are very different games that fit into different genres. And while I feel I have grown up enough (for the most part) to see such discussions are pointless, I feel our beloved community hasn't yet achieved it.

Game comparison, I feel, is a very grey area. On one hand, I think it is necessary for reviewers to mention games from the past when talking about a new game that has built on the foundations the predecessors laid out. On the other hand, it can be a pointless endeavour, comparing two games that fit into incredibly broad genres but have little else in common. A perfect of example of this was Dark Souls and Skyrim. I saw many websites comparing these two games simply because they both fit into the RPG category. Despite the fact that Skyrim hasn't been released yet, I see people holding the games up together and how one will be better then the other. I don't feel I need to explain why the two games in question are different from each other, this should be obvious to anyone who knows the slightest thing about the two. It just seems that this is either a cry for attention from a website that had run out of ideas for a 'top 5, 10, 20 oh forget it we have no originality' article, or they're gleefully rubbing their hands together or possibly touching themselves while they watch the chaos ensue as fanboys line up to scream at each other.

So when is it appropriate to compare games? With Gears of War 3 and Uncharted 3 being released, these are two games that many fans wish to compare. I can understand this because regardless of characters and setting, the two share the same game mechanic of the third person cover based shooter. As this is interactive entertainment, this is the most important thing to look at and looking beyond the sci-fi of Gears or the summer blockbuster exotic locations of Uncharted, they are very similar games. However, the two games are the flag bearers of their respected consoles, and since not everyone owns an Xbox 360 or a PS3, it's an unfair comparison since they're pretty much the only games in their library’s that do what they do so well. All these comparisons do (and yes, I've seen them) is cause animosity between fans and their favourite game.

The diversion of having two consoles out there has made comparing games an incredibly ugly task as it causes chaos amongst the ranks (us gamers). With ports having significantly improved, many multiplats are practically identical and yet I see comparisons of the same game, but for different consoles, all the time. And this is where I get ill. This is where you see people examining HD pictures with a fine tooth comb, telling people that a texture maybe off in the 360 version or the lighting isn't as good on the PS3 person. So I look at the picture and I'm seeing double. When did people suddenly understand the ins and outs of game development? When it comes to such things as textures and what not, I'm lost, because so far we're getting some of the best looking games we've ever seen and my idea of gaming isn't stopping at a wall to stare at it to see if the textures look right. Screen tearing, bugs, glitches, these have and always will be a part of our preferred medium of choice. But more importantly if you look back at gaming 10 or 15 years ago and then see what we have now, such small inconsistencies shouldn't even matter to people.

Game comparison is needed but is used unfairly. Sure, lets look at Modern Ware 3 and Battlefield 3, show me which is better from Pro-Evolution Soccer and FIFA (just an example, I don't do sports games) or hell, lets even look at GTA and Saints Row. But lets put Skyrim and Dark Souls aside, and especially lets stop the graphic whores from getting at us with pictures of the same bloody game from different consoles.

Many of these sites play on the sensitively of gamers. Gaming is an expensive hobby and being told that you're preferred game won't be as good as someone else’s preferred game can cause some heated discussions. Or some people are just trolling wankers. Either way, discuss your favourite games but don't let pointless comparisons ruin your experiences.

Adhttps://www.releases.com/?utm_source=n4g&utm_medium=native&utm_campaign=c1
- Comments (8)+ Comments (8)
TopNewestOldest
Expand all
The story is too old to be commented.

Game comparisons usually bring out the worse in gamers yet gamers in general love to compare stuff.

Sites do it because they know they will get hits

or should work. If a company makes a game and it is on multiple platforms then a comparison of the platforms is generally warranted. The pros and cons of each.

If a game is made on a single platform then the comparative should be made with a game of the same platform and style. Example would be Dante Inferon to God of war. Both are very similar to each other but still individual in nature.

Platform comparatives are what fuels the flames of this petty "fanboy/console war". If we can go back to reviews and comparisons the way they used to be it would be more interesting as they would focus on the meat and potatoes of the games.

Oh and I always loved how the phrase "apples to oranges" was used. Did anyone know they are more alike than different? Both are fruits, both grow on trees, both can be turned into juice, etc.

To create a comparative that actually does what the idiom of "apples/oranges" is most commonly used would be to replace the two with something completely different. Like houseboats and hand grenades. Although, if you really dig I am sure someone will find some similarities there.

Link would get destroyed.

You are so right. It annoys me a lot when people do things like this. UC3 and Gears really don't have that many similarities at all. So because they both have guns and cover based shooting that automatically makes them rivals? If you want to do it that way, Uncharted's ability to jump, climb, swim, ride, shimmy etc far out weighs Gears's 'run in a straight line to the next bit of cover'. How is this even compariable? Its like saying Speed 2, Deep is rising and Titanic are rivals because they all have boats and they all have people are in danger.

I also dislike the graphical fine tooth comb comparison. I never understand who looks for these things. They say 'the shadows under this car are darker then the PS3 version' and show you some picture. And I don't see anything. Both shadows or clouds or bushs look basically the same. Both game look identical. But somehow someone with magnifying eyes sees every dot and pixel out of place

PROFESSOR LAYTON and The New World of Steam - Nintendo Direct