"...and no matter what, you keep finding something to fight for." 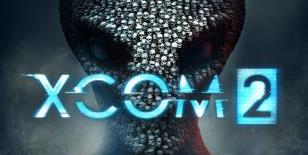 Video Games: The Power of a Medium

My relationship with video games is, in many ways, very much like my relationships with my friends and family: at some points the greatest, with us experiencing the highs of life together, and at other times fraught with an inability to connect beyond a surface level. In the past months, certain circumstances in my life have led to me experiencing difficulty in my relationships with both video games and my close friends. In the last two weeks, my trouble with the latter came to a head in an unfortunate way, and I have been forced to do a lot of soul searching and self-reflection. In the midst of this turmoil however, I turned back to my favorite past time as a way to distract me while I sorted out my issues, and in doing so realized for the first time in a long time the power that the medium holds.

Without getting into too much detail, as my personal circumstances aren’t the subject of this blog, I’ve struggled with my mental well-being recently. This is something I’ve dealt with for years, but have managed to suppress. On the surface, I’m a relatively well adjusted college student who is just trying to get through school like everyone else, but I often face bouts of depression and anxiety, much of it stemming from a situation my family has faced for years. The way this situation has affected me has overflowed into the way I handle my interpersonal relationships, sometimes causing more trouble (A couple years ago, I posted a blog about Borderlands 2 and how the final DLC for that game had helped me cope with my situation on some level. I’d like to think I’ve improved as a writer since then (fingers crossed!), but if anyone is interested in that I’ll leave a link at the end of the post, as this one is in many ways a continuation of that.)

Video games have always held a special place in my heart. rom playing Triple Play 2001 on the original PlayStation with my brother to holing myself up in my room for a whole day learning the ins and outs of Fallout New Vegas for the first time, I’ve always loved the way the player becomes a part of the medium rather than a passive observer, but I’ve become jaded recently. I’ve tried to get immersed and hooked on many games with little success. Even titles I’d waited years for like Fallout 4 were failing to capture my attention, and I began to believe that the medium had just lost any real value for me. What was I gaining from it on a personal level? How was I growing as a person from sitting in front of my monitor and grinding through game after game?

Then last week, a situation began with a close friend that made me start to second guess who I was. I said some things out of impulse, hurt them, and potentially ruined a friendship. So, while they refused to talk to me about it, I retreated into video games. I hopped on the Steam store and saw a banner adorning the top page with the brilliant cover art of a game I’d forgotten had even released: XCOM 2. I decided to treat myself and purchase the game, and it immediately got its hooks in me.

Granted, it also kicked my ass. The last time I played XCOM was in late 2014, when I purchased Enemy Within. Even then I was relatively bad at the game, never even finishing a full playthrough, so it logically followed that I’d be an absolute mess in the more complex sequel. But where I normally would have become discouraged and given up, I persevered, and then came to an interesting conclusion, both about my failings in the game and my failings in my relationships: not only was I making tactical decisions without considering the ramifications on my other units on the battlefield, I’ve been making decisions about how I conduct myself without considering how they affect my friends and family.

I began to think back on how other games had made me look at myself and examine who I was, and realized this has been happening for years without me even noticing it. The ending of The Last of Us (IMPLIED SPOILERS) made me realize that I would have made the same decision had I been in Joel’s shoes, that I value a single person who matters to me over the millions I’ve never interacted with. BioShock taught me, as I believe it did with many of us, that I often take for granted the motives of others, being far too accepting that their intentions are pure.

Certain games (not all - I really don’t think Call of Duty or Assassin’s Creed have ever made me do any real introspection) have been shaping who I am and how I conduct myself for years through their gameplay and narratives, but I had always failed to think that they could be having that kind of effect. In the same way that XCOM 2 made me to stop and consider the results of my soldier placement or budget allocation, it has also had a far deeper effect, forcing me to realize that I need to take my time making decisions in any situation, consider the cost before taking the leap. This particular situation is obviously a very personal one that won’t be shared by many, if any, but I believe almost all of us have experienced a change in our personality or conduct due to our interaction with a video game at one time or another, even if it wasn’t in the forefront of our minds. The true power of the video game medium isn’t in the fact that it allows us to interact with it, it’s in the way it interacts with us, testing us with both the challenges of its gameplay and story, forcing us to realize our inadequacies and shortcomings in order to face them head on.

Blog mentioned: Borderlands 2 has helped me more than I could've ever imagined - http://n4g.com/user/blogpos...

Great post! I read it completely, really enjoyed it!
I have had a tough
period (someone close turned their back on me), too and may share some points w/ you . Trust doesn't guarantee certainty.
(Although games didn't help me , to be honest. I don't play that often)
Minor note : ". Even titles I’d waited years for like Fallout 4 were failing to capture my attention. "
<---This sentence is repeated twice, I think you made a mistake.
Once again, great post! Stay strong & improvize your way out of life's hazards!

Thank you for reading and for the support, I appreciate it!

And good catch! I rewrote that sentence and forgot to take out the original version. Thanks so much!

Snake Eater unrepressed my mother issues I had buried, and ultimately led to me facing them. I'm much healthier, and happier for it. While it is unfortunate you had issues to deal with in the first place, it does me good to see something of a kindred spirit in your post. Thank you for sharing.

I'm so glad the post resonated with you and that you found comfort and happiness in a game. For all its occasional (okay, FREQUENT) goofiness, MGS3 has such powerful and personal themes. I'm happy to hear that it could help you through your troubles :)

Great blog post! Yeah videogames have a greater ability to effect us than most entertainment mediums due to how much time we spend with them and how much we invest.

I've also learned a lot about myself thanks to strategy games. I've become much more tactical with my life choices as a result. Try naming your soldiers in XCOM after your family and friends and see how long you can keep them alive. XCOM has a way of slapping you in the face with your own inadequacies and demanding you be better. And I love it!

Side note: You should also check out the Fire Emblem series. It's easily the best stuff Nintendo has ever done. Great story telling and excellent tactical gameplay.

I'm so glad you enjoyed it!

I actually just bought Fates a few weeks ago and have Awakening sitting in my backlog. I haven't played much lately, but I'm itching to get back to it because I loved what I played!