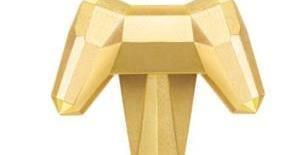 Which of the 500+ Game Of The Year Awards Is Definitive?

Every year over 500 outlets give a GOTY award to their favorite game but which one should be considered the final word on the subject? I think primarily we need to look at who are the ones making these decisions? There are essentially 4 different ways these awards are decided.

Jury Awards: These awards like the somewhat presumptively named "The Game Awards" make their selections with a limited judging panel of journalists and "influencers." The pros of such a system would theoretically be that they should ideally have played all of the nominees and be attuned to the community they are trying to serve. The drawbacks are that they are often sponsored, hosted, given priority access or otherwise compensated by game companies making them far less than objective.

Community Poll Awards: These awards are based on gamer feedback and almost always online polling. The pros of this are that there are many more votes counted than any other system and presumably since the gamers themselves are the target audience of games their opinions should be considered paramount. The drawbacks of this system unfortunately are many fold; the polls can often be gamed through duplicate accounts and bots, the communities hosting these awards can be niche or exclusionary skewing the results, and finally most gamers simply haven't played all of the nominees so how can they judge a group of games against each other without having tried all of them?

Gaming Website Editor Awards: These awards are given by gaming or general news sites such as IGN, Gamespot, and many others large and small. The pros of these awards are that these people have devoted their professional lives to judging and playing games and as such they should have a vast pool of knowledge to draw from. The drawback to these types of awards is that the editorial staff is quite small ranging from a few dozen to just a single person. As such biases and agendas often play a large role in what is chosen and the choice reflects little more than a personal opinion.

Industry Professional Awards: These awards are given by a committee of those working within the industry. In this way they are most similar to the biggest awards of other media such as the Oscars, Emmys, Grammys, and Tonys. Examples include the DICE Awards, and GDC Awards. As industry insiders the voters in these awards have the unique perspective of not only being able to enjoy a game on it's merits but also what it takes to build a great game from the inside. My personal opinion is that these sorts of awards are probably the best representation of what a GOTY award should be. They sample from a large and well educated base of voters with unique insights. If one looks back at the awards given by these types of committees they may not reflect your own personal taste but they definitely capture the zeitgeist of the era and generally award games that go on to influence the design and focus of the games to come in the following years. Also, if I were a game design professional the recognition of my peers would likely be the award that would matter to me most. And in the end that's who these awards are meant for, not console warriors or fanboys of a particular game but the hard working professionals that bring this hobby to life through hard work and dedication.

It's same with movies. Oscars is one of "definitive", because most celebrities comes to it, same with "The Game Awards", most dews and actors come. Don't over think it. It's no point arguing about taste.

In Oscars not all filmmaker, just from film industry. DICE only member of academy, doesn't have to be developer. GDC small amount of people in developer circle, this years jury gay-minority person, guy how help create 4 similar games, Bethesda (Microsoft) representative, Sony representative, other Microsoft representative.
But it doesn't matter the winners are sameish. Personaly i go with "The game awards" media selected awards atlies they played those games.

All of them combined is best I guess, most awards for best game = best game, maybe

The DICE Awards are by far the most meaningful awards.