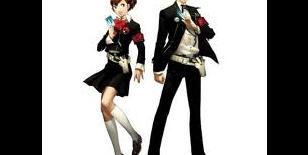 In defence of the Silent protagonist

Persona 4 Golden has been out for quite a while and i have been lurking forums about the game and there is always a major complain that arise every now and then: The Silent protagonist.

You know its archetype: He/She is silent to allow the player to more easily put on their shoes (ie You the Player is the character), however some people interpretate that as lazy developer design. The sole porpuse of the silent protagonist is to increase immersion of the player but that arise a question wich answer is always quite personal:

What is the immersion i seek in a game? Immersion is defined and divided in types:

(According to wikipedia)
Full article: http://en.wikipedia.org/wik...

1.Tactical (or Sensory-motoric) Immersion is experienced when performing tactile or physical operations that involve skill. Players feel “in the zone” while perfecting actions that result in success.

2.Strategic (or Cognitive) Immersion is more cerebral, and is associated with mental challenge and decision making. Chess players experience strategic immersion when choosing a correct solution among a broad array of possibilities, without a corresponding physical set of reactions to effect that decision.

3.Narrative (Emotional) Immersion is realized when the immersant becomes emotionally invested in a story or experience.

5.Total Immersion occurs when all four types of immersion previously described are realized in a single experience.

we can place the Silent protagonist in the Spatial Immersion type, as the decription says this is only achieved when you feel like you are in the games world and that can only be achieved trought your AVATAR.

Now what is an avatar? According to a dictionary "In computing, an avatar is the graphical representation of the user or the user's alter ego or character."

Then again how we perceive the Avatar is different to some people, some see it as its character you are controlling and others preceive it as your character. This will go hand to hand with immersion.

The Silent protagonist is not a character some say as it lacks a personality but that isnt entirely true. Gordon Freeman is not regarded as a character because he doesnt say a thing and people discard all of his exploits just because he doesnt trow some lines here and there. In my book Freeman is a more compelling character than Drake because what freeman has acomplissed is far more outstanding than Drake´s.

The Silent protagonist is open to interpretation so you can judge him based on your point of view, in persona 3 The social Links, the reson why the MC stablished them can be interpreted in many ways: Maybe he only established them so he can fuse stronger personas or maybe because he really cared to have friends or both, at the end isnt clear meaning that the reason you established the SL is your reason not his. Here you arent restrained to what its put on the character here you make your character of what you want him to be.

The reason i love the SP is because he doesnt act in a way i wouldnt, in the words of Juji Horii (Dragon Quest creator ):

"Oh, yes? Generally speaking, I think having the protagonist speak alienates the player. He’s playing as though the character is an extension of himself, so why is his avatar suddenly speaking of its own accord? He’ll be struck with the realization that the character he’s been thinking of as himself up until now is actually someone else entirely. Having the protagonist speak for himself and decide own his own which way the story goes would make players uncomfortable."

here link of the interview http://www.zeldainformer.co...

This line of thinking is what make people like myself like the Silent protagonist, when people seek the other kind of immersions then what the character does has no bearing on the player because that its one of the least of his worries however having a SP when seeking the other immersions specially the narrative immersion can be bad.

What is better a Silent protagonist or a Talkative Protagonist? The answer is none.

A silent protagonist is as good as a character with a set personality, its how you experience immersion that will determine what kind of character is you prefer.

You like that the P4 MC doesnt speak? Thats fine.

My point is lets not bash a game just because its taking a different approach to immerse the player.

PS: English is not my language so sorry for the bad spelling and if i didnt made my point across.

Thanks it was my first try, glad it turned fine.

And well yes they have personality, its everything about how you interpretate the character.

You think they have a set personality? Its okay.

You think his personality is your? Its okay.

The silent protagonist is a character full of interpretations, but saying its not a character just because it doesnt talk its not seeing beyond the meaning of the character.

I think some games like the SMT series are the best because they use it to make like those desicions are yours making it a more personal experience. This series just need the SP to work.

A vicarious silent protagonist is fine. But it still has to avoid forcing the player to take part is over-complacent goals and set up proper motivation if it expects the player to do something.

The Fallout and Elder Scrolls series are examples of games that I think do it very well, for the most part. You're never really forced into anything and you can change your mind in the middle of a quest; specific consequences follow.

but some games have a silent lead but don't give you any real choice, that i never understand

I hate the silent type.

But being serious, so long as the game sets up proper motivation to do things the silent character's way and/or the story is done in a way that doesn't make the character seem oddly over-complacent in a world where your decisions will decide the fate of the planet (or whatever), I don't have any issue with the protagonist being silent.

I honestly think it depends on the game. For example, I had no problem playing as a silent protagonist in Dragon Age origins and Fallout 3. I also didn't mind it in Persona 3 or Persona 4.

However, I felt the main character in Dishonored should've had a voice actor.

I agree, in my case i like SP in RPGs because well you are supposed to roleplay so a defined character doesnt work for me.

Some games like Uncharted need the protagonist talk as its worked as a film esque game, the same goes to Snake.

Not saying all Mc need to be silent but not all must talk either.

@wishingW3L
JRPGs structure is different for most games as they follow a defined narrative so the MC needs a Role in the story but altough your Mc has a set role in the story you can still be him by letting your own mind fill the blank spaces in the plot.

I don't like them one bit. They are boring and feel like a plothole to the games because you never really know who the hell they are or from where they come from. I specially hate when other characters speak for him like in Dragon Quest 8 when you do a mission and then the king starts the sequence with:

These kind of protagonists I find them to be the most annoying. And the thing is that JRPG don't offer that much customization anyway so what is the point of this?

Karagon Preview - Can You Even Survive? | TechRaptor