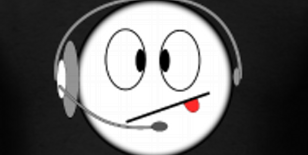 I have begun to notice that I have a rapidly expanding problem, and I really don't know what to do about it.

I have too many games.

I collect games from various platforms, not just current generation and last generation titles. I have games from the Atari 2600, NES, SNES, Genesis, TurboGrafx 16, Neo Geo, Sega Master System, Sega Saturn, Dreamcast, N64, Gamecube, PS1, PS2, PS3, PS4, Xbox, Xbox 360, Wii, Wii U, MAME, DOS Box, and various other "lesser" systems.
All in all I have a collection, both digital and physical, spanning around 5,000 games, give or take. I've played probably 3/4 of them, and beaten maybe 1\4 of them.

I can't help but wonder if I'll ever be able to experience all of the games I own, not to think of those I've yet to purchase. I spend roughly $100 a week on games (a fact my wife reminds me of constantly) and sometimes I don't even bother to play the games I purchase. I recently bought Assassin's Creed Unity on PS4, but it's still in the cellophane.

Does anyone else do this?!

I sometimes feel like I'm fighting a battle that can't be won. So many games, but so little time. It didn't used to be like this. I played video games since I was 5 years old, but I never collected games until I was in my mid-30's. I'm beginning to wonder if it's a psychological disorder. Am I a digital hoarder? A collector of forgotten and bygone hardware that is meaningless now?

I try to curb my purchases, but it's so hard with so many enticing titles that are available now, not to mention the remakes, revamps, prequels, sequels, and total overhauls of so many beloved titles being made now. Just this past week I purchased 12 games. The weeks before that (Steam Summer Sale) I purchased a total of 28 games. It's insane.

Don't get me wrong...Time spent playing with my 5 month old daughter is something no game could replace or replicate, and I always make sure that my purchases are well within my financial means, but I'm beginning to wonder if I have an actual problem.

Is there anyone else who is going through the same issue?
Is there any advice for someone like me?
Is this even a problem, or am I making too much out of a harmless pastime?

I find myself and I'm sure thousands upon thousands of other people doing the same thing with Steam games. It's something you have to ask yourself, "Am I actually going to play this, or is it just going to sit there?" If you feel like your spending too much but still want the game then just wait for a price drop.

So? This entire blog post is about a first world problem.

Well, when you look at how many games the industry as a whole are turning out every year, it's not hard to understand why you would have so many games in your library.

I could go on and on. The problem is that if you're a fan of a large number of game franchises, you feel like you have to keep up with the publisher's release schedules. It's not hard to imagine that many hardcore gamers spend anywhere from $500.00 - $1,000.00+ per year on new games and DLC, which in a way is ridiculous, especially when you consider that teenagers are a huge demographic that the publishers are constantly targeting.

Publishers have really made it hard for many people to get the kind of excitement out of a new release like they used to. I remember that I used to get really excited about Call of Duty and Battlefield, back around the beginning of last generation. Now I really don't care all that much about either of these franchises, since the experience no longer feels fresh with each new release.

Grand Theft Auto and Metal Gear Solid, are probably the best managed out of all the major game franchises out there, since they haven't saturated the market with a new game every year, or even every 2nd year. Because of this, people still get excited, each series still feels fresh, and the publishers of these games make massive amounts of money from these games.

So, back to the original topic, my advise is to narrow down your game collecting, specifically to game franchises that you are a massive fan of. And even at that, if the entry into the series doesn't look as good as past entries, just skip it.

I decided to scale back my game collecting towards the end of last generation, not only because of the frequency that games are released these days, but also because of all of the DLC that the publishers always come out with these days, which of course you want to have in order to get the full experience. Also, I will buy very few 'new' games going forward, especially since game prices have increased to $79.99 for some new releases here in Canada, which started this year with Rainbow Six Siege and Star Wars Battlefront 3.

Another piece of advice, is that you should limit your old console collection and old game collections to just a few systems. Personally, if you like to collect, then focus on just a few systems that are your absolute favorites. I have been gaming since the early 80s, and I have nowhere near as many games as you have.

I owned a Nintendo Entertainment System and a Sega Genesis. Since I loved the NES, I kept it, and every now and again, I'll go to an old retro gaming store to look for the fast classics that I loved as a kid when I played my NES. I also look around for peripherals for my NES once in a while. The catch is that whatever I buy must be in very good condition at the very least.

As for the Sega Genesis, I really never established the same connection with that system, like I did with the NES, so I got rid of it. I won't collect things just for the sake of collecting. The games and the systems that I keep, have to mean something to me, and must have provided me with a fantastic experience.

Same boat. I finally stopped buying but I'm still overstocked because of free games they give away.

I love retro as well but I have 3 kids so it's tough to keep a collection. Now I just keep the games I really like for display and anything else I get curious about I get an emulator. And I can't have all my Sega and Nintendo hardware hooked up so I modded one of my 360s (rgh) and I can play anything from mame, Sega, Atari to n64. It's a great space/time saver.

I used to get a bit panicky thinking of all these games I still have to get through, but I've calmed down. I look back to when I collected comic books; I had over a thousand of them, but I read only a handful of them. I just liked collecting them. I didn't worry about reading every single one. I just had fun growing my collection.

I have a lot more free time than most people, and still I know it will be impossible for me to play and finish every game that I want to. That won't stop me from collecting. I'll just focus on the games I want to play the most, and be satisfied that no matter what, I've always got something to play. That's not to say I won't have my days where I spend more time figuring out what to play than actually playing anything.

My backlog is way to much as well.
Haven't touch so many .. my top 3 on my backlog.
Halo:reach , Red dead redemption , Deux Ex human revolution .. shit i just remembered did not play Dishonored or Far cry 3 yet either ... OMG .. That list goes on and on ... stop releasing new awesomeness.

dude I know the feeling have over 5000 games my self on many different systems. I also own a few hundred system have all the n64 systems the made to boot. But there games I bought on the ps2 days I have not touched yet even have unopened ones lol and then I have my digital games witch is a whole other story lol. People know me in my town as the game guy . My house is like a gaming museum. Just need a dam 3do aghhhhhh

I've never seen a 3DO outside of Ebay....and they ask too much.

Exploring the Role of AI in the Entertainment Industry