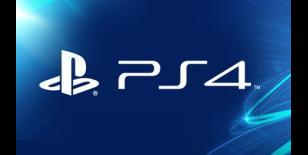 Joining the Dark Side

Well, it's come to this.

Me, an avid and voracious supporter of all things Xbox, has decided to go the way of so many before me, and purchase the Playstation 4 on release.

There's been a lot of supposition on what the new Xbox will bring to the table, and though nothing so far is concrete, the overall outlook from the standpoint of a hardcore gamer is that the PS4 is going to be the machine to own.

I'm no whiz when it comes to system specs, but from everything I've read, the PS4 is going to be far more in line with newer technology. This won't mean very much at launch, when everyone is simply rushing to get their games out on the newer systems, but when the dust settles, it's going to determine who gets the better product down the road when it comes to multi-platform titles. The best games always come out around the late stages of a console's lifespan, I've noticed.

Don't get me wrong, I'm sure the new Xbox will be an impressive machine, but the direction Microsoft is taking the machine has me concerned. This new Illumiroom peripheral seems to me to be nothing more than a gimmick. Sure, there are those that see this as the next evolution in gaming. I see it as having to devote an entire room of my home just to play games. It sounds cool, but it just isn't practical (much like the Kinect).

There's also the question of exclusive titles. I've missed God of War for long enough, and though Fable was fun in the beginning, it's become a running joke (and embarrassment) on the Xbox. I've never been a FPS player or a race car fan, so Forza and Halo are just names on the gaming shelf to me.

Sure, I guess I could purchase both, but in this day and age, that's just a waste. Back during the Nintendo vs. Sega days, there were so many exclusives to each system, that it paid to own both consoles. I could play both Super Mario AND Sonic the Hedgehog. Multi-platform titles were few and far in between. The line these days is blurred, as third party companies release their games on every system that will support the software. Owning more than one console is rather pointless. (On that note however, I will be purchasing an Ouya. I strongly support the indie market, and this console seems to be in favor of the small developers.)

Many moons ago, I sold my PS2 with 20 or so games, and used the money to go out and purchase my first Xbox with Elder Scrolls III: Morrowind. I never really looked back, and loved everything about the Xbox. It just seems that the direction Microsoft is taking isn't the one I want to go in, so now I'm jumping ship again.

I feel the Dark Side calling to me.
So long, Xbox.
It was good while it lasted.

I completely respect your viewpoints and I'm glad you're able to determine what you would better benefit from as a gamer, but speaking from a purely general stance, I think it's quite nonsensical for us gamers to make our decisions based on what we've been shown and told.

It wouldn't be the first time that a technological marvel's details were exaggerated to entice consumers and there's always the possibility of a last minute change that may make or break a customer's plan to purchase, but I highly doubt any developer would be that reckless.

With that being said however, I personally will not be making my decision until the smoke is cleared and the mirrors have shattered. In the end, I'll be basing my decision on what my fellow gamers have to say, completely unbiased, about each new console. Then and only then will I make my choice. In spite of this, I might even go as far as getting all the new consoles of the next generation as I have with the current (excluding the Wii U, which is arguably next-gen) but judging on what I've been hearing so far, I might stick to a single console regardless of exclusive games to the ones I do not own.

Personally, I'd wait until both consoles were released and on the market with games and such.

What Sony has shown so far is not enough for me to base my decision on buying a PS4 and we're expecting to see the Xbox this month. Once they are released and a year has passed, we'll see which is worth buying first.

Considering Sony have already shown off a bunch of exclusive PS4 games from some of their top developers, as well as multiplatform games with exclusive content, all confirmed for release shortly after or at launch of the PS4, I don't think that will be necessary.

Going by what we know and the outcome of this generation, the PS4 will be the only console for hardcore gamers.

Very well said, that's exactly my opinion. As a "core gamer" you simply can't ignore Sony these days. They are the only ones who focus primarily on that particular audience and PS1, PS2 and now PS3 proved that. I'd rather call this article "Leaving the Dark Side" :P

Yes we saw some games. Games that didn't particularly blow me away. I think Killzone is ok but I wouldn't buy a brand new console to play it immediately, same goes for the new inFamous game. Other games that will be on older consoles I'll just buy on older consoles or PC as there isn't going to be anything significantly different with the games.

If you guys are gonna high five each other over great the PS4 is even though we've see a controller and few charts and people saying 'how great it is' (they're not gonna say its crap, are they?) then enjoy. Personally, I'll wait and see which will be better suited to my gaming needs.

Same ole' blog just a different day. Nothing has been released yet and you are basing your decision on rumors.

I personally dont care which platform you choose to buy or play on, I will own both, but you have proven the power of the internet and this website...... negative rumors and blog after blog putting it in peoples face can sway opinion.

"I personally dont care which platform you choose to buy or play on, I will own both"

It's his opinion that's why he wrote that blog. In fact, nobody cares which console you'll get.

I'm leaning PS4 right now but won't make a decision until I get all the details about both consoles. It's way too early.

Took you this long to figure it out? This is Microsoft were talking about. You actually believe they entered the market with gamers in mind? This is a company that spent $50 million on 2 timed exclusive GTA4 episodes instead of, I don't know, spending that money on new IPs. MS goes where the trend goes. That's like saying Walmart cares about it employees

Even as someone who will buy the PS4 day one and has steered clear of the xbox brand, I'm not taking my eyes off MS until there is something official.

Not to say your assessment goes without reason, just that it is a little hasty.

I thought Xbox was the Dark Side.

I'm not gonna wait and see. I'll just buy both.