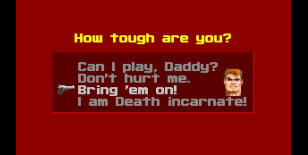 What happened to games being challenging?

Maybe it's just me, but I can't help but notice how games today are being engineered to be much easier than they used to be. You old-school gamers know what I'm talking about; working for a month solid to get through Zelda II: Link's Adventure. Busting your ass to work your way through Metal Gear Solid. It seems like the whole idea of gaming has become a quick "jerk off" effect of instant gratification.
I remember my nephew bragging about how he beat Gears of War 3 in less than 6 hours. I thought that was really something...until I did the same. Assassin's Creed 3 is a day's diversion, where the 2nd one was something that took at least a week to work through.

Why are games so damn easy now?

The only thing I can regulate it to is the whole "everybody deserves to win" attitude that is pervading the American culture. When you give out trophies for participation at a Little League game, it only seems like a natural evolution for this mentality to spread to video games.
Even online games, like WoW or Guild Wars 2, seem to have the idea to make it to where there's no "punishments" for dying. It almost seems like the next generation that is up and coming in the gamer culture is one of easy-outs and "rubber band" difficulty levels. It's almost sickening, really.
Don't get me wrong...games like Ninja Gaiden go completely in the other direction, demanding near-perfection to make it through the game on just Normal difficulty. There's a medium that has to be maintained, but it seems to me that the industry as a whole is caving to the idea of instant gratification.

So, just for the record, if you pride yourself on beating Bioshock Infinite in less than 12 hours, don't think it's a big deal. Almost everyone has done the same thing.

The shift occurred when games began placing story ahead of gameplay. After all, it wouldn't be fair for someone who bought a game to be unable to finish it due to the difficulty...

I love single player games with a great story. Actually, whenever I finish them once (sometimes twice) I play them again in easy just for the story. However, it's very nice to see a challenging game. I remember that I used to love Battletoads, and I finished all their games. I also loved Earthworth Jim, Megaman, Mac&Joe, and a lot more that were actually challenging. Even games like Aladdin and the Lion King for the SNES weren't as easy.

What happens with the industry is that they want to cater to non gamers, which is fine, but the problem comes when they want to do it by easing the process way too much. It's like wanting a guy who has never played sports to begin playing basketball, but because he has never played, you make the hoop much much bigger (in diameter) and smaller (in height). Or someone who has never played soccer, you put a huge goal or a big ball (like a beach ball). The thing is, it does not make sense! but that is exactly what the gaming industry is doing! and ruining games for true gamers in the process.

While that is about the time the shift happened, it was probably due to a few other things.

1) Games being more complex gave them new options.
2) Games were much shorter, so gameplay as typically harder to increase play time / value.
3) Production values went up. There were plenty of games that were hard, simply because they weren't coded properly / didn't work right or the people working on it didn't have a lot of resources.

Also, when games started to cost millions just to produce the publishers can't afford to risk losing potential sales due to the game being too hard. No room to gamble.

I doubt that has much to do with it, since the average consumer also likes to test their skill. Thats why online MP is so successful, as human players are typically going to be harder to defeat than AI. Not saying it doesn't happen (Demon Souls), but then again that is the ONLY reason Demon Souls was successful.

I remember back when I was a kid, my brother and I played through Ninja Gaiden on the NES. It was hard as hell, with us spending days on some of the levels. When we beat a level, though, it gave us both this rush of excitement. I play it on an emulator occasionally, and wonder how the hell we did it as kids.

I don't really get that feeling anymore. Very seldom do I have to really work to get a level done. I know that the industry is trying to expand right now to more people, but there's a sense of accomplishment you can only get when you finally clear the level that took you through hell and back.

No one will pay for Nintendo Power when the info is online.
No one will pay for cheat code books/Genies because the codes (what's left of them) are also online (or DLC).
Games don't run on quarters anymore.
No one uses cartridges anymore; media today has a lot more space, making padding the game with insane difficulties (and cryptic BS) unnecessary.

Connect the dots. Games weren't made stupidly difficult for your enjoyment back in the day. They were made that way to make you buy peripherals and information.

If you want a game like Megaman that "challenges" you by killing you if you don't drop down a hole the right way, or Ninja Gaiden that makes enemies spawn at inopportune times so that you're always getting knocked back into deadly falls, or whatever...look towards the indie community.

I get that arcade games were made like that so that you spent more quarters on them, but I don't think it was all true for consoles. However, there were difficult games because of the technical difficulties and limitation that they had back then, and not because it was design like that on purpose.

Indie developers are getting way more creative than big developers nowadays. Their games are really getting very impressive. Whether it is because of design, art-style, gameplay, music, etc they seem to be making better games than those publishers that spend millions of dollars making the same game 10 times.

Oh it was definitely true for console games as well. There's only 2 ways you can beat Castlevania 2 Simon's Quest. You either had a guide to help you, or you were like the kid from the movie 'The Wizard' and just knew somehow.

I agree with you on the Indie developers. They are getting very creative with limited resources they have. It good to see the old school style games are alive through them as they gradually build themselves up.

Magazines, cheat codes/Genies, cartridges, peripherals...yup, it was definitely true for consoles, too.

Another thing. Few studios do 2D side-scrolling environments anymore. With the advent of 3D, cheap deaths were minimized. And checkpoint game saves replaced passwords as memory cards/hard drives were introduced.

games still come with difficulty settings you know, if you still play them on normal then it's your fault. Play Resistance on Superhuan, Uncharted on Crushing, Deus Ex HR on Deus Ex difficulty, Demon's Souls, Ninja Gaiden, etc. and then come here and tell me that those were easy.

You're a liar. SHOW ME THE RECEIPTS BEANS!!!

Difficulty settings are usually the enemy having more life/defense and hitting you harder. That's not actual difficulty, that's artificial difficulty.

The answer is the Nintendo Wii and the Casual Craze.

IMO, games feel easier to us because we have experience. I'm pretty sure most of use at least grew up on the snes. Back then, games were made with gamers in mind. It was a test of skill and also the system limitations made games hard. Castlevania was our generation's Dark/Demon Souls. We use our past experience when we play newer games and that's why they feel easy...because we've already done something similar before. We know that pits will kill you, spikes might kill you, and duck to avoid some projectiles. This is especially true with Zelda puzzles. A lot of the puzzles are reused in some way, like moving the ice block across a frozen lake to a certain hole.

Games were hard back then because they were new to us. The more games we play, the more experiences gets added up and the more skill we accumulate. We use our past experiences to play newer games. You can play Bioshock Infinite like Left4dead or play MGR:Revengeance like DMC or Bayonetta. I played Ace Combat 5 like Starfox and had no issues. f course this doesn't work for everything, but it does work for most games.

With the casual craze, developers have to tone their games down to appeal to the wider audience. Casuals outnumber gamers and they'd at least want some of the casual crowd to buy their game.

Games feel easier because WE (gamers) are better at them.
Games are made easy because they want to sell more copies to the casual market, which does outnumber gamers by a lot.

Sums it up for me.

I would say it has a lot to do with the sheer amount of checkpoints in games nowadays. There are some games that are challenging if you ramp up the difficulty, but even with the added challenge of increased difficulty, all the checkpoints in these games makes the game easier. And if you die while playing a level, you usually don't have to go far before you get back to where you previously died-- especially in Open World games because the game Autosaves after you do virtually anything, like Entering a building or Buy something from a store, and you can save manually anytime you want.

Also I think the absence of previous 'Old School' features like only having a certain amount of Lives has alleviated the difficulty level too, because you can die an infinite amount of times in virtually every game now -- whereas in most Old School games you had only a certain amount of Lives, and there wasn't things like Regenerating Health in almost every big game either like it is now.

I guess as Gaming became more and more mainstream with each passing console gen. it's slowly became more tailored to appeal to wider audiences -- which probably explains why stuff like Regenerating Health and Countless Checkpoints have become the norm.

Its the same thing with online games to.. Just see how it went with Socom us navy seals. Went from hardcore million selling series, to a casual noob friendly Uncharted/COD hybrid that failed.

They put out another cod that is what happened!!!

BRO PLAY DARK SOULS FOR A CHALLENGE OR raise the difficulty from easy!!!!