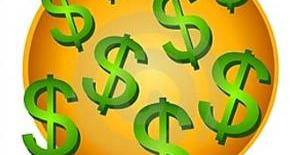 DLC isn't all bad, but the bad's REALLY BAD.

I see a lot of heat from gamers like me over the whole DLC issue. It seems like so many game companies are releasing their games with the expectation of releasing DLC now. Many are offering DLC at release.
It's easy to see why people are angry. You've just dropped $60 for the latest and greatest game of all time, and you find out that there's "extra content" you have to drop another $20 for. I kinda makes you feel like the publisher held back something that should have been there in the first place.
I've rolled this around in my head for some time now, looking at the positives and negatives on the whole DLC subject, and I have to say that DLC, on the whole, is a good thing.

Let me explain...
One of my favorite games is Skyrim. I've been a huge fan of the Elder Scrolls series since Morrowind was released for the Xbox. I'll put more hours into an Elder Scrolls game than I will any other title.
But, eventually, you see it all. No matter how awesome a game is, you'll reach the point where you have to admit that you've done everything the game has to offer. You shelf the game, and start looking for the next conquest (or in my case the next Elder Scroll game).
It's when I get to download newer content that re-invigorates my interest in an older game that my appreciation of DLC is enormous. I get to go back to experience something new in a game that I love! Not only that, if the newer content is spaced out accordingly, I'll find myself playing through older content, as well as the newer, just to gain that feeling of "homecoming" you get from playing an old favorite.

Of course, there is always going to be dumb, or pointless, DLC. I haven't forgotten (and barely forgiven) the Horse Armor DLC for Oblivion. This is one of the things that could have been added to the original game. Why a company would want to charge $5 for something as cosmetic (and honestly, as stupid) as armor for your horse, is beyond me.
Also, the whole "DLC at launch" is a complete cash-grab. The publishers try to defend themselves by claiming that the cost of producing the game makes any profits gained marginal, so to make up the difference, they offer instant DLC.
This is bullshit.

It is due to this we are beginning to see the rise of a new kind of developer, one that is smaller, with less to lose, yet more to gain. They are people who grew up playing video games, so they are making video games that gamers actually want, and very often with funding from the player base itself, through sites like Kickstarter. These are the Brave Knights who are going up against the evil Corporate Dragon, and the only way they can win is with the gamers supporting their projects.
This is the way games should be made. By including and listening to the people who are going to be playing it.

In conclusion, DLC isn't a bad thing. It's just being used in a bad way. If more of the big game publishers would look more closely at the small, up-and-comers, and how they're succeeding, maybe the public image of companies like EA, Capcom, and Activision wouldn't be so dismal.

DLC is not a bad thing at all. Cosmetic DLC and expansions are hardly a bad thing to any gamer. It's the way publishers like Capcom and EA have abused the system and made it seem like this horrid plague on the industry.

True. I mean, if all DLC was akin to spank-tacular expansion packs of yester-gen, then no one would complain.

DLC has gotten completely overboard this generation. I think the indie game DLC Quest sums it all. But some DLC is good, I prefer full expansions to the game that extends the life of the game instead of cosmetic items that usually Capcom does.

Redfall Is Always Online Even In Single-Player, Bethesda Confirms