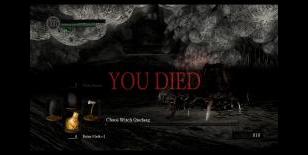 The value of games lies in the gamers sense of accomplishment over challenges. This is the reason why games like Dark Souls, Demon's Souls, Spelunky and Super Meat Boy are so successful. These games do not hold our proverbial hands; gradually, they teach crucial mechanics to the player that are continually presented throughout the game. Then, when the gamer uses these mechanics correctly and effectively, the game rewards the player; not only than with in-game items, but also with a snese of pride. There's no better feeling than defeating Great Grey Wolf Sif after attempting it four or five times, or finally beating a level in Super Meat Boy.

While some gamers enjoy challenging games more than others, these games do not alienate gamers that want a casual experience because casual experiences don't exist; just different experiences. Maybe the gamer likes side-scrolling platformer experiences over third-person RPG's. So someone might come across a game like Dark Souls and claim it's too difficult. Then they try out a game like Super Meat Boy and absolutely love it, even though it's arguably very difficult. The main difference in challenge between these two games is pacing. Dark Souls presents a much slower trial-error reward system, while Super Meat Boy's is fast and intense. People aren't afraid of a challenge; they crave it. But it has to be the right challenge; everyone has their tastes and they need something that is worthwhile to them.

The reasons we, as gamers, play videogames seem to be many and incredibly dependent on the individual. One gamer might say that they play games because they love getting lost in its' world. Another might say they play videogames because they love to save princesses and destroy monsters. But when it comes down to it, gamers take pride in their videogame accomplishments. When the gamer saves that princess, they are proud that they defeated the evil dragon and jumped the river of lava to do so. And when the gamer gets lost in the captivating virtual world, they're getting involved through the activities within that world that reward the player for their time. If all it took to save that princess was a walk through the park, then the gamer wouldn't waste his time saving her. And no matter how beautiful a gaming world might be, if there's nothing to do in that world then the gamer won't stay for very long.

Gamers need to be engaged when they're playing games. The best kind of videogames present new and exciting challenges over the time spent with them. As we play these games, we take pride in our accomplishments and triumphs. The challenge of videogames is what brings us back to those games over and over. Whether the challenge lies in endurance and patience, or wit and cunning; great videogames are challenging. Those that lack challenge are simply not worth playing.

Very well said, sir. While I don't enjoy a game that holds my hand through and through, I found myself unable to even get into Demon's Souls because of its infamous difficulty and I haven't given Dark Souls a go yet.

But I definitely agree with you on the accomplishments point. I don't feel accomplished when a game basically guides me through a task or mission. Even with open world RPGs for instance like Oblivion or Skyrim--I refuse to use the objective markers, that way I can figure out where to go and what to do based on what I hear from NPCs and what I base on my surroundings.

I think certain games lend themselves to those features you mentioned. I couldn't play oblivion or skyrim without quest markers because the game is simply too big to keep track of them all. Realistically, I'd get lost.

However if it were a game like dark souls, I definitely wouldn't want an arrow or a map, because the levels actually aren't that big and you always know where you're going- because the quests are as simple as "Kill this boss" and "ring this bell", so there isn't really much room for confusion, there.

true but dark souls has the appitite as skyrim

Fan of Morrowind, I wonder.

this all true.take mass efect 3 , it is one of the most hardest games ever .next time devolpers make games they should include a helping hand in a game that is hard like skyrim

This War of Mine Surpasses 7 Million Sales

"Card Shark" is coming to PC and the Nintendo Switch on June 2nd, 2022

Every Total War Game Ranked From Worst to Best