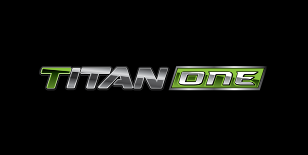 Titan One Review- "Mods without Soldering"

The Titan One is available online for approximately $60 USD. A device was provided for review purposes. More information can be found at www.consoletuner.com.

A digital modding device for console controllers that both makes me giggle with glee and shiver at its application for online gaming, the Titan One is a curious device.

The Titan One really shows its colors by working as intended as a sort of Rosetta Stone for console controllers. The idea behind this feature is that you should be able to play just about any modern, popular controller on with just about any modern, popular console. Wired Xbox 360 and PS3 controllers work well with no issues on with the PS3, Xbox 360 and PC. Using wireless controllers requires a bit more attention with syncing and authenticating for Xbox One, PS4, PS3, PC (Steam) and Xbox 360. Using the crossover option, which is foremost listed on the box and features is easy enough, though not necessarily practical. Due to obvious restrictions between the four aforementioned consoles (Wii U is supposedly in the works, I would love to use my Xbox 360 controller for Mario Kart). Taking time to authenticate (PS4, Xbox 360, Xbox One), following the slightly convoluted flow chart included with the device and confirming on with the documentation on the website took slightly more time than I was expecting. However, trying the different controller system combinations was actually a lot of fun. I grinned when I got my Wii U Pro controller to play Bioshock Infinite on my PC. Would I use the crossover function often? Was it practical? No and not really. It was just super freaking cool.

Once I figured out the different ins and outs of the controller functionality and crossover capabilities, I Iooked at the GamePack and the Plug-ins. I appreciated the ease of loading in a pre-designed GamePak. Modifying and adjusting these standard mods for the controllers took a little head scratching but the benefits were quickly realized. Quick scope control, super fast melee and rapid fire with adjustment for burst length was impressive. Loading different “classes” or weapon specific load-outs took a bit of wrapping my head around in the heat of battle, but with practice it could be mastered. Not that I did, but I could see how this could be so.

Likewise the plug-ins were especially easy to activate and implement. The UI is familiar and intuitive making core aspects of the Titan One glow with even more possibility. Long for the days of keyboard and mouse but want to play on your console for FPS? Easily remap your controller? Record combos to be unleashed at flick of stick (or button combo in this case)? You’ve found your device. I really wanted the device to also act much like the xpadder and joytokey software which allows the user to translate keyboard bindings and mouse movement to controllers. It just seemed like a natural fit. I had to hold on to my horses as this feature is not available. Yet.

While the GamePacks available are among some of the more popular titles, the current selection is limited. The community is growing and creating the new scripts to be used with the Titan One, though by and large they lack the same kind of polish that the GamePacks do. Each day I checked it seemed that a new script was created. This is perhaps the most interesting aspect of this device. The ingenuity of the dedicated user can create, and will create a healthy catalog of scripts. Scripts that will be used to modify any controller.

When we cut down deep beyond how clever and interesting this usb device is, it has a following of people who want to hack and mod their controllers without the need of ruining their controllers or to be detected online if used. The Titan One does that and will presumably continue to do this as long as the device is supported. It’s a sort of cloaking device merged with a performance enhancing drug. Gamers can unleash their GamePacks and scripts on unsuspecting opponents online. Sportsmanlike? Fair? Most likely no, but it works, and works pretty well.

For what looks to be a standard flash drive, the Titan One gave me a bit to ponder. I pondered even further when I visited their website and saw the device compared to the CronusMax. The CronusMax for all accounts does the same thing as the Titan One (the Titan One is actively seeking exclusive features). Both of the respective websites use the same template and tout nearly the same features. Odd. The Titan One creator, Jefferson Koppe states his claim against its direct competitor and one time collaborator, Paul Owen. Now there is the story. I can’t help but feel that a bit of Thunderdome action is required. Two modding devices enter, one modding devices leaves? At least that’s how the subtext is read between these mod device creators. There is something brewing between the Titan One and CronusMax, and that may be more interesting than their thumb sized technology.

If you have desire to use your PS3 controller on your Xbox 360 (or vice versa, or any other number of combinations, etc) and then want to mod the hell out of it (without cracking it open or dropping a ton of money on a modded controller), the Titan One is efficient device for such things. Though next time you get taken down in your favorite FPS online and didn't seem “right”, it may be you got a little Titan One action.

For the record Jefferson created them both. In fact he created the GamePadProxy (original device) it was then renamed to Cronus and then CronusMAX. The Titan One is actually the evolution of the CronusMAX with a lot more features built into the firmware. The hardware was revamped and optimized for the next-generation consoles on the Titan One. The original GamePadProxy (Cronus and CronusMAX) was designed for the previous generation consoles and do not have the ability to support features like wireless authentication on the PS4 for example. Since Jefferson had left his agreement with Paul, which only lasted 2 months by the way, the Titan One device has made enormous strides forward.

The CronusMAX is no longer supported and currently uses a cracked version of a very old firmware Jefferson released after leaving the group to form his own company (ConsoleTuner.com). That firmware was meant for legit customers for continued support (bug fixes mainly) after the breakup.

The software, hardware and firmware were all created by Jefferson and while unauthorized clones of the old device (CronusMAX) do exist, the new Titan One has better security to ensure this doesn't happen. Therefore all current and future support is on the side of the Titan One device. Legit customers can still use the current Gtuner Pro, and unauthorized CronusMAX customers can buy a copy of Gtuner Pro to make their unlicensed device genuine on the ConsoleTuner website or within the Gtuner Pro app.

Forgive me if I'm wrong but isn't this a "cheat" device?

Sony, Microsoft and PC anti cheat countermeasures(even balance's PunkBuster) should be made aware of this.
Please don't compare this to using a steering wheel vs gamepad nor the use of a Splitfish fragfx for PS3 vs gamepad.

I dont think it can be detected, it just catches the info sent from the DS4 and then configures it and sends it to the PS4, All the consoles will be able to see going on is commands coming from the controller and thats it.

I can imagine the only way they could stop it is by taking away the use of the usbs. Also the older versions have been around for years and they seem to all still work fine, if they are working still the new one will be working for a while too.

The Xbox One controllers are defective; there is a clip on the left stick that goes bad. Gone through 3 in a month. Before you say I'm being too rough with them, do some research. This is a widespread problem that isn't being covered by major gaming news sites. Apparently the controllers handle FPS ok (which was my experience as well), but break pretty quickly in more movement-oriented games (Madden, and especially FIFA).

That being said, I'm ecstatic there's a product like this so that I can use my 360 controllers (which have been working great for over 4 years) on the Xbox One.

Just because some people will use cheats doesn't mean this isn't a legitimate and welcome product. Microsoft released a crap controller, and so far there are no third-party options. This accessory is a godsend.