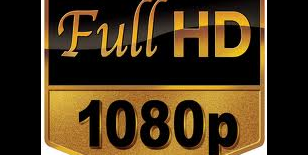 Lately the resolution of next gen console games has been a hot topic. Is anyone else on board with me on this? I think it is time that video game publishers and developers come clean. No more pc code bull-shots for console games, no more "target render" videos that look 10x better than what the actual game looks like. No more showing the pc version played with a console gamepad and acting like its the console.

But most importantly, I want the NATIVE resolution printed on the game package (or right in the description of a digital game), along with the average frame rate. I want a clearly stamped section on the back of every game package that says "This games native resolution is..."

Is that too much to ask? Why do we always have to wait for digital foundry or some other analysis site to do the digging? Why can it not be an honest exchange of information?

The video game industry is too full of tricks and intentional misguidance. Let's have some open honesty.

Anyone with half a brain knows many xbox1 and ps4 games will NOT native 1080p. So jut stop deceiving the morons who believe everything they read!

Plenty of gamers just want to "believe" the games are running at 720p or 1080p if the TV says it's running on that mode. Worse is when the game is upscaled to 1080p, many gamers are ready to believe it's 1080p.

Just wait this gen, ie. PS4 and Xbox One. There will be many games that are not true 1080p, again by upscaled only to 1080p and plenty of gamers will be ready to believe it's 1080p.

Remember, the need to believe the game is running at native 1080p is far stronger than what the brains believe. A simply why. When gamers have been looking at pretty cutscenes and demos for so long, they are simply can't wait to just believe whatever the marketing said.

Or many it's as simple as many gamers are unable to use their brain to accept what is real and what is marketing.

that 1080p picture is from a pornsite

These next-gen console have plenty if horsepower to produce 1080p resolution. Its just the question of is it 1080p by 60fps or 30 fps.

I'm with you & its a solid idea. Print the native resolution along with the average frames per second right on the back of the game box.
Also, it should be accurate because a PS4 is a PS4 & an Xbone is an Xbone.
This should happen. Blu ray movies are cheaper than games and include accurate info on the back of the box. Audio, resolution, aspect ratio, run time, & special features.
No, I don't think it's too much to ask. Unfortunately, some believe it's too much to ask for a prudent physical copy of a game. They keep refering to "A digital only future".
That may be the case. I hope not. Until then, I like the idea of more info on the back of the box.

Ok so because a game is not up to par with your standards of resolution you won't buy it? I was happy when I heard bf4 is running at 60 fps. It will look amazing and remember that launch games are not fully optimized to the ps4's amazing power. The look and feel of games will only improve, as was demonstrated with launch titles of ps3 to now.

Nintendo lists The Legend of Zelda: Tears of the Kingdom for $70