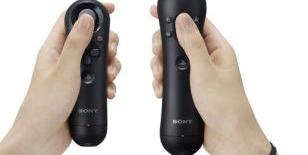 What's the deal with Move?

Now, before people get all upset, this isn't a blog designed to put down the Move motion controller or anything like that at all. This is just a question about Move support.

Ever since Move was announced, all I've seen are people assuming that pretty much EVERY game coming out for the PS3 is going to have Move support. Really? Is that really what you want?

Recently, I can name 2 games that I've seen people calling for Move support, one where it was blatantly assumed to be coming for it.

The first game is Demon's Souls 2. Now, FromSoftware and SCEJ have stated that, no, there is no Demon's Souls 2 currently in production and will not be in the foreseeable future; but that they could and may bring a Demon's Souls 2 to us some day. In reading the comments from the 2 posts for this, one of 2 features was constantly voiced to be part of the game. And that one feature is Move support.

Now, I don't think that I'm the only one who thinks that Move support would be beneficial to a game like Demon's Souls. The game is combat intensive, and stat dependent. Could you picture yourself swinging your arms constantly, and yet also having to stop every few seconds due to the stamina bar? What about fan tournaments like the many SL120 PvP tournaments held all the time? Long battles would become tiring don't you think? That's just my opinion.

The next game I saw with this was the recently announced Dynasty Warriors 7. Someone in the "Dynasty Warriors 7 announced for Xbox 360" article stated they will be getting the PS3 version because of Move support. Did KoeiTecmo announce Move support for it? I don't think they did. And again, this is a combat intensive game. Ever hear of Repetitive Strain Injuries? It's where making the same movement over and over and over causes strain, and pain, to whatever it is you are moving. Think Tennis Elbow. I don't think it's feasible for DW7 to have Move support.

But the point of my blog is the question, why do many assume that Move support is going to be included with every new PS3 game, or that it even should be? Do you all want Motion controllers to be the default controller of future console generations? I'm really curious for an answer here. Because personally, I've been gaming for 23 years and like using regular controllers with buttons.

Yes, I'm aware that Move has buttons and you can still use DS3 and that it's just an option; but I don't think that I'm the only one who sees this as testing the waters for the future. Am I?

I've been gaming about the same amount of time and flailing around sounds like such a chore. Sitting in recliner with my feet up is the position I prefer to be in when I game. God bless Sony and the other consoles for trying out new stuff but I really fear that core gaming could be put on the back burner for that soccer mom down the street.

Before We Leave Review - Thumb Culture

We'll Always Have Paris Is A Narrative Game About Dementia