N4G Admin & Community Manager .::. I read every PM, I just may not respond to every PM. 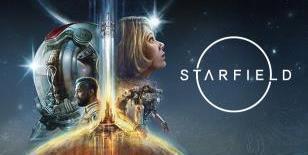 Looking For More in Starfield

So, I wanted to take a look at those fast moments in the Starfield reveal today that were on screen for only a few frames. Specifically things like backgrounds, traits, and skills. I felt this is where we will learn more about the stuff I care about, combat and roleplay potential in the game, than what was more heavily focused on in the reveal, exploration, outposts, and ships.

So, here's what I scraped together and my thoughts on it.

What we learn: Most of this is pretty basic stuff. But, we do learn there are things to unlock and a skill to train in for it. We also know that speech will resemble what we're used to with Fallout with speech skills. The most interesting thing is the ability to force an NPC to stop fighting from the Diplomat background, which could be helpful for evading capture by certain NPCs. But that is the most unique ability shown for a background so far.

Traits Shown (can select up to 3)

Kid Stuff - You have parents you can visit, you give them 10% of your money

Neon Street Rat - Gain special dialogue options and better rewards from some missions on Neon, higher bounty from other factions

Spaced - Health and endurance increased in space, decreased on the surface

Terra Firma - Not shown, but expect it to be the opposite of Spaced

Starter Home - Own a small house on a peaceful moon, but start with 50k mortgage to pay off

What we learn: Very similar to Fallout here as well. You have opposing traits like Introvert and Extrovert which help decide how you want to journey in the game. Some that give you some improvements to existing skills. But, there's stuff here they didn't show at all, specifically, companions let alone non-human companions. Then there are implications of quest/storyline potential with various religions but even more so with Kid Stuff and the implications of having parents in the world and what that will mean for you in-game. Also, did they create a trait just for people who like to jump everywhere instead of walk and tie that to an in-game religion? That's a nice bit of flavor there.

We only saw a few from the Combat tree in the video, but it seems that each skill has 4 ranks and its own challenges on how to unlock them, typically tied to just performing the tasks related to the skill (kill a number of enemies with a specific weapon).

Rapid Reloading: Rank 4 boost of Gain a chance to reload your weapon twice as fast as normal

What we learn: Pretty standard fare here. Some of them are a bit more flavorful, such as Sniper Certification and Heavy Weapon Certification, but for combat skills, this is what is normally expected, boosts for the type of combat you're focusing on. I would really like to see how certain other skills, specifically speech, stealth (?), and the like play out or if there are even various skills for just one skill. We do see that there is a melee skill, but no melee combat was shown.

There are five areas of research. Pharmacology, Food and Drink, Outpost Development, Equipment, and Weaponry. Researches take time but you can research multiple things at once, even with the same area of research.

Pharmacology seems focused on medicine as well as health/physical boosts.

Food and Drink is what it is. Likely just like Fallout with boosts based on specific things you eat and drink.

Outpost Development is what it is. Nothing specific was shown.

Equipment is for various mod creations as shown but may also allow you to craft your own equipment through research or upgrade certain equipment.

Weaponry is for weapons. They showed a gun with various mod slots (Barrel, Grip, Optics and Sights, and Muzzle). Each one had various ranks, though we don't know it might be safe to assume each rank will unlock higher tier mods.

What we learn: This seems to be the most evolved element from past games in that it has various levels of research within each one as well as recipes that you will need to find or are even limited to specific requirements as we saw in the Chef background. Resources shown were metal and what looked like to be either an otherwise craftable component or something you had to purchase. Definitely, the biggest focus here will be mining and similar things on various planets to support your research.

Not much was really shown here other than visuals, but there are at least 14 categories of components for a ship. We see the HABS, Landers, Reactors, and Shields categories in the video, but not the others. There is a huge list of items in each one with increased costs for them. There are also designs/models that are specific to various factions in the game.

During space combat, we see that there are 3 types of weapons for your ship: lasers, ballistics, and missiles. For defense, we only see shields overall and otherwise hull integrity and the like.

What we learn: Ship customization is not only very expansive, it also seems very expensive. This doesn't feel like something you'll be swapping out all the time. We saw space combat, but we're not sure how much of it will be required versus optional let alone the ramifications of space combat when you land on a planet. Will you get a bounty for destroying a specific faction's ship?

There's a lot of good RPG stuff in there that was not detailed in the presentation in any way, but it also makes me wonder why they would show such limited combat at the start rather than showing a wide range of what one can do.

I'm hopeful that this stuff will improve with time, but I am definitely glad Bethesda delayed the game if it means improvements in those areas.

If Starfield ends up being more like a space exploration game, that is what it is. But I've played their past games and my expectation was something similar. I can still hope to be proven that they indeed are improving on the areas of the game I prefer as well.

Thanks for the in-depth look into the gameplay demo.

There was a lot of different things shown today, some of which only flashed on screen for a few seconds via UIs so I found your breakdown of the RPG elements very interesting.

I am looking forward to the game, the only thing that gives me a bit of anxiety is knowing I’m likely going to lose an Elder Scrolls amount of hours on it.

I'm really happy with what I saw there in those quick frames of data. It's a sign of promise. We've got at least 6-9 months here to get additional looks. I'm not going to go much farther than this and the initial post complaining about combat, but I will be consuming all the content I can about the game in hopes of it looking better.

Thanks for taking the time to read. This stuff is probably the biggest sign we have so far of what to expect as far as roleplaying and general item use in the game. If it's building on Fallout 4/Skyrim, it's a solid base upon which to improve.

Agreed. I did notice that most of the combat did seem to be against low level enemies, so hopefully the combat they showed is early on in the game and gets more deep as you progress.

The combat was 'OK', it's playable but nothing spectacular or new. Felt a bit like Destiny gun play really. I'm hoping they do a deep dive on combat in the near future, and hopefully it's more involved than what they showed.

That’s a good breakdown Christopher, I’ve watched the reveal twice and most of the details of the mechanics flew over my head! I suspect the introvert/extrovert trait and diplomat background will be useful for the storytelling aspects when dealing with other planets and encountering… those who live beyond the stars.

Solid write up. It's helpful. I'm interested in the traits. If they connect the traits to outcomes and loosely to the main story, I would be itching to pick up Starfield. My only actual concern is that they won't really get into anyone of these systems and the game will feel like a big flat open space.

The Finals Reveals A New Trailer