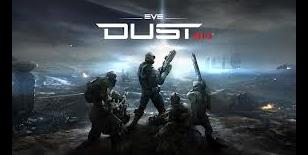 After last years E3 conference, I was lucky enough to receive an invite into the private closed Beta of DUST 514. It is nine months later and I am still an active member of the DUST 514 Beta community. This is honestly the longest Beta I have ever been a part of and looking back, it amazes me how much this game has evolved since the first time I logged in almost nine months ago.

Back in 2003, a small Icelandic video game company called CCP released an MMORPG game called Eve Online. Eve Online is a story about human civilizations in the far future colonizing the planetary solar system of a distant galaxy after the human race depleted all of the natural resources of our home planet. As generations evolved on the new planet system, the human race was divided into five different space faring cultures all competing for control of the new galaxy's resources. It's been ten years since CCP first launched Eve Online and it has become a long standing successful PC game with over 500,000 active players.

On August 18, 2009, CCP first made the announcement that they were developing DUST 514 exclusively for the Playstation 3. DUST 514 is directly related to and operates within the Eve Online Universe. The story behind DUST 514 is simple. Gamers playing Eve Online on PC are the pilots controlling customizable star ships throughout the galaxy of star systems in an RPG setting. However, gamers playing DUST 514 on PS3 are ground soldiers battling it out with rival corporate soldiers on the actual planet's surface in a more traditional FPS setting. While Eve players focus on the galactic battles, DUST 514 players focus on the physical ground combat.

The five main corporations are the same throughout both Eve Online and DUST 514. Gamers who choose the same faction in either game will then be able to interact and work together for the common goal of advancing their factions control over the planets resources. This results in many new and innovative gameplay features by CCP. The most notable feature is Cross Console gaming. This means that within the universe of Eve Online and DUST 514, PC gamers and PS3 gamers can play and communicate with each other seamlessly. No other gaming console offers such an impressive feature. CCP showed off the interaction between DUST 514 and Eve Online in a real time gaming session where a DUST 514 ground soldier requested an air strike from an Eve Online Star Ship (within the same military corporation). The result was an orbital laser strike that wiped out an entire enemy ground platoon. I already experienced enemy air strikes and I can tell you its a horrible feeling when you see it coming but you cant help but to stop and think how awesome it looks right before it wipes out your entire platoon.

In the past nine months, DUST 514 has continued to evolve in gameplay. The graphics are very nice for an MMO game and in my opinion, the controls continue to improve. You begin in your private quarters where you can manage your profile and player loadout. Once you select a battle, you're transported to a staging area with other soldiers in your unit. Once deployed, your character does a H.A.L.O. jump in a special dropsuit that lands on the battlefield. You can customize your dropsuit with different assault rifles, launchers, pistols and grenades. When firing your weapons, the guns have a nice heavy feel to them. As you progress in level and experience, you can upgrade to stronger dropsuits and weapons. While in battle, you can also call in player driven vehicle drops using a rapid deployment vehicle system. The ability to call in vehicles is a great strategic tool to help you in your attack plan. Operating the vehicles felt a little clumsy at first, but once you get the hang of it, they handle pretty smoothly.

It was also announced that DUST 514 is a Playstation Move compatible game. Opinions on the Move in general have been both positive and negative. The Move hasn't been a runaway success for Sony, but it hasn't been an absolute failure either. I applaud Sony for continuing to keep the Move relevant and supporting it in big titles like Dust 514 and Bioshock Infinite. I actually do own a Move and I will say in my opinion, it has been a great gaming option, specifically for shooters. I've had a blast (no pun intended) using the Move with other Sony hardcore shooters including Killzone 3, Resistance 3, SOCOM 4 and MAG. I've had the opportunity to experience DUST 514 with the Move and the gameplay has been pretty solid so far.

To sum up, I feel DUST 514 is a game that has a lot of potential to be a future great addition to the deep and rich library of Sony exclusives. DUST 514 has an appeal that should interest most fans of FPS, MMO or Strategy games. The best part is DUST 514 will be a PSN free to play download title (with the option of micro transactions within the game) and the public Beta is already open with a community that continues to slowly grow everyday. It's worth it to give the Beta a free download and try the game out for yourself. You might be surprised at how enjoyable this game is.

It's worth mentioning that the initial entry into this game is seriously overwhelming. If you've played Planetside 2 then you will know what to expect but even with that experience behind you it still makes this game harsh on the beginner.

Highly recommend sitting through some tutorial videos for all the basics (including all the menus) before you drop into combat.

Even having played Planetside I couldn't really get into Dust514, the depth isn't necessarily a bad thing but if you lack patience from the outset you will no doubt find this game isn't for you.

Thank you for commenting Caseh and you raise a very good point. Like most MMO's, its tough to get a handle on everything right away. I did mention this game would appeal more to fans of FPSs, MMOs or Strategy games. But i agree sitting through some tutorials will definitely be helpful to first time players. Anyone interested in reading more can follow me at http://people.ign.com/chris...

I hope the new expansion releases soon, it's going to be epic.

Thanks for commenting Hammadtheone. I agree, this game has been fantastic so far. And it keeps getting better and better. I truly do feel this game has a lot of great potential with a steadily growing community. And it's free to play so everyone can download it and try it for themselves.

I also have been in the game since the closed beta, and have never watched a tutorial, I will now that there are more PS3 players on it! Love it so far!

Thanks for commenting Mayberry. I'm glad you're enjoying the Beta as much as I am. Ever since they opened up the Beta to the public , there has definitely been an increase in the DUST514 gaming community. Hopefully the game should be entering the final stages soon. Can't wait.

I’ve also been playing since the early days; the concept of this cross platform interactivity is fascinating. Every item in Dust 514 is consumable. ie. everything in the game was crafted by EVE pilots.

An EVE Online (PC) player will take his starship out to a remote asteroid belt and spend hours mining precious minerals. They will then take the ore to a conversion centre and manufacture a job lot of tanks/jeeps/weaponry.

These items finds their way into Dust 514 and are consumed in battle. So that fancy new sniper rifle or expensive shield module will be lost forever when your clone dies. The theory is that the best Dust grunts will rise to the top and be sponsored by wealthy EVE Corporations, who in turn will benefit from having an elite taskforce that can capture planet based facilities and perform wet work on spec.

Also, witnessing an orbital strike for the first time is breathtaking. Both games run on a single server, so pc and PS3 players can chat and message in realtime. Seeing a PS3 gamer mark coordinates with their neocom and then having a PC Gamer orbiting above the planet rain down destruction is truly awe inspiring. As is seeing a bunch of console grunts bring down an orbiting cruiser with ground cannon.

Like a Dragon: Ishin! Preview - Samurai and Shenanigans |TechRaptor