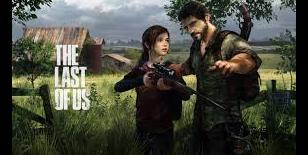 With the launching of Sony's new Playstation 4 console later in the year, many people feel the era of the Playstation 3 is coming to an end. Now it's no secret Sony continues to support their consoles well after the successor is released, so by no means does anyone believe the PS3 will be simply retired after November. However, beginning in 2014, Sony's main focus will shift over to the PS4. That being said, Sony has put themselves in the position of finishing this current console generation the strongest out of all three big companies.

In the first part of this blog, I discussed what in my opinion, helped put Sony and the PS3 back into the video game console race this generation after suffering a clumsy launch and lackluster first couple of years. I focused on the PS3's rich library of AAA and award winning quality exclusive franchises of the past six years that helped boost gamer interest back into the Playstation brand. These high profile PS3 exclusive titles included: Uncharted 2: Among Thieves, God of War 3, Metal Gear Solid 4: Sons of the Patriots, Killzone 2, Resistance Fall of Man, InFamous, Gran Turismo 5, LittleBigPlanet, Heavy Rain and MLB The Show.

Now that we've seen what Sony has done in the past, it's time we turned our attention to what Sony is doing in the present to finish off this generation strong. 2013 will be the final year for the PS3 to shine before it takes a back seat to the PS4 and Sony has held nothing back to make the PS3's final year the biggest close out year of any of the big three companies for this generation. I put together a list of the top 10 upcoming PS3 retail exclusives of 2013 that, in my opinion, will give the PS3 the strongest finish of this console generation.

2. Beyond: Two Souls - Anyone who played the 2010 award winning title Heavy Rain knows the high level of quality they can expect from Quantic Dream's new PS3 exclusive IP, Beyond: Two Souls. Mixing in a deep story with beautiful realistic graphics, Beyond Two Souls is helping to prove that the PS3 is still a powerful gaming system.

3. God of War: Ascension - Very few game franchises can stand the test of time. God of War is one of those franchises. God of War has been one of Sony's most successful titles through the PS2, PSP and now PS3. Its no surprise the PS3 has a God of War game closing out its final year, considering the God of War franchise also closed out the final year of PS2 right before the PS3 launched. I cant think of a better franchise or character to best represent the PS3's struggle this generation than that of a man who fought his way up from the depths of hell to defeat the king at the top of the mountain.

4. Gran Turismo 6 - If God of War is one of the few franchises that can stand the test of time, than Gran Turismo is one of the other ones. Sony has unofficially announced that Gran Turismo 6 will also be closing out the final year for PS3. Much like God of War, Gran Turismo has been one of Sony's most successful titles through the PSone, PS2, PSP and PS3. And with GT5 selling over 9 million copies and becoming the most popular #1 selling exclusive racing simulator of this generation, its no surprise Sony wants Gran Turismo 6 to help PS3 have the strongest finish.

6. Sly Cooper: Thieves in Time - The PS3's final year also marks the return of one of Playstation's oldest and best franchises that we haven't seen since the PS2 era...Sly Cooper. Sly's newest adventure brings us back to a day when action platforming titles were exciting and Thieves in Time was a definite treat to play, especially in a time now when it seems like every game being released wants to be a FPS shooter clone.

7. DUST514 - Another new IP title for Sony, DUST514 is a massively ambitious game that has a lot of promise for Sony. DUST514 is a Free to Play MMO FPS that is also cross console compatible with the very popular PC franchise Eve Online. Although MMO's have always been a PC exclusive genre, Sony is no stranger to MMO's on a gaming console when they launched another successful Free to Play MMO...DC Universe Online.

8. MLB13 The Show - For the last several years, MLB The Show has continued to be the absolute best Baseball video game on the market and one of the best overall Sports games of this console generation. MLB The Show has seen massive success through the PS3, PSP and Vita and continues to prove why the franchise is a AAA quality title that will continue on into the PS4.

9. Until Dawn - The 5th new IP on this list, Until Dawn is very impressive looking new survival horror title that proves Sony isn't afraid (no pun intended) to keep investing and developing in new IP franchises. Until Dawn has a classic "scary movie" feel to it and will be even more immersive with the PS Move/PSEye peripheral. For those gamers who still might enjoy using the PS Move, Until Dawn is also the 3rd game on this list to use PS Move motion gaming along with DUST514 and MLB13 The Show. It's good to see Sony keeping the PS Move relevant, even this late into the PS3 lifecycle.

10. Diablo 3 - Diablo 3 being announced as a shared PC exclusive was big news for Playstation gamers. The Diablo series is one of PC's oldest and best franchises and Diablo 3 was one of PC's biggest games of 2012. It's a definite big last minute addition to the PS3 library and although it's not a pure Sony exclusive since it is a 2012 PC title, non-PC gamers will only be able to play Diablo 3 on a PS3 and PS4 home gaming console.

I think part of the reason there is so much excitement for PS4, is not just that they announced before Microsoft, but Sony has built up the momentum this gen in a very uphill kind of way, improving, improving and improving their quality and pace. Surprising people. There was a lot of improving to be done, but still a great outcome and now things are looking smooth sailing as far as games, tech and developer support goes. PS+ and Sony exclusives are now a big part of the list of bullet points for PS4. They've proved themselves to gamers and to the industry.

For the improvements they made, they also made steps back, and will also make steps back for the PS4. The lack of BC is a huge thing. Also for the Ps3, many of my features that I payed for (60Gigs) are now gone. So while they've "improved" they've also gotten worse.

Thanks for commenting ZombieNinja. You raise some fair points. As far as backward compatability being a "huge thing", it depends on who you talk to. I personally dont care about BC in a new system since I dont plan on getting rid of my PS3 after PS4 launches anyway. And besides, when I buy a new system, its to play new games. But of course, thats just my personal opinion.

To be fair, what features you find to be steps back is completely opinionated and what you personally find adds to or takes away from the GAMING experience on a GAMING console, produced primarily for new games. OtherOS - I didn't use it and it wasn't used for gaming, so in my opinion it's not missed. I never had the 60GB model, and I still have my PS2, so backwards compatibility doesn't affect me. Removed USB ports - again not missed.

The things that matter to gaming have improved - the network, the value content and service offered by PS+, the games in quality, quantity and diversity, the risks taken and trust in new studios with fresh ideas, the number of new IPs. All that is as far as PS3 goes.

The only step back I can see at the moment for PS4 is lack of backwards compatibility (which, again doesn't affect me, but it will likely be available in some form via cloud gaming).

It's about the decisions that take your business and direction in the gaming industry forward, rather than looking back and complaining about old issues - and Sony are making choices in the best interest of developers, their games, and the people who will be playing them going forward. You have the powerful hardware that allows for less cutbacks in multiplatform games (especially PC), easy to develop for hardware, no blocking of used games, instantaneous gaming (in terms of streaming, playing games before they've been downloaded, content downloaded and ready to play before you even buy it based on prediction algorithms, turn the console on and off and immediately resume the session - no waiting), guaranteed improvement in marketing to ensure games sell better, a fast and efficient network with great new features (yet to be proven, but likely) and a commitment to games, despite a focus on social networking. Everything has improved.

Sony hasn't made these steps back with PS4 yet, so until then, I can look forward to what look incredibly promising and it's not just myself showing enthusiasm. Industry people are also buzzing about it.

The surprising amount of support from 3rd party developers these last couple of weeks for the PS4 is impressive. Sony continues to add a lot of confirmed titles to the growing list of PS4 games which only continues to make the PS4 look more and more appealing to gamers. Plus with so many big gaming conferences coming up like E3, gamescon and TGS...Sony has a big opportunity to set up a successful launch for the PS4 this holiday season.

Thanks for commenting Digitalraptor. I agree, PS3 is far from perfect, but Sony did a great job of bringing the PS3 back into the console race this generation. Hopefully all of this excitement and momentum for Sony in 2013 carries over to a successful launch of the PS4. Feel free to follow me at http://people.ign.com/chris...