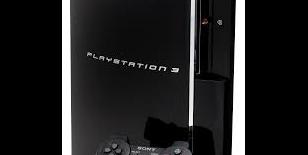 With the launching of Sony's new Playstation 4 console later in the year, many people feel the era of the Playstation 3 is coming to an end. Now its no secret Sony continues to support their consoles well after the successor is released so by no means does anyone believe the PS3 will be simply retired after November, however beginning in 2014, Sony's main focus will shift over to the PS4.

Sony has been in the video game business for over 18 years and is about to launch its fourth home console and sixth overall console counting the PSP and PS Vita portable systems. Sony became a global juggernaut in the gaming industry following the dominating success of both the PSone and PS2 (which still holds the sales record for the highest selling video game console of all time). It's also no secret that the PS3 era was the most challenging for Sony. A clumsy launch and fierce competition from both Nintendo and Microsoft almost crippled the Playstation brand. Rather than giving up or being forced out of the video game industry like many people were predicting, Sony got back up, dusted themselves off and got back into the race.

In the last six years, Nintendo was focusing on the casual family gamer market by introducing Wii motion gaming and Microsoft shifted their attention to multimedia non-gaming entertainment and more recently decided to compete with Nintendo over the casual family market with the Kinect. Sony decided the only way they were going to survive in this new competitive gaming market was by focusing on what made them great and successful in the first place. Quality exclusive video games. Keep in mind not every PS3 exclusive was a Game of the Year contender nor did they all have blockbuster chart topping sales. But that didn't stop Sony from continuing the development of new IP franchises while evolving their already existing AAA franchises from the PS2 era until the result was a massive exclusive library that included several of the best game franchises of this current generation. It was Sony's dedication to giving us a core gaming experience that I believe helped put Sony back in the race. With the Wii already being overshadowed by Nintendo's push of the WiiU and Microsoft finishing up this generation quietly while playing it safe with their main three franchises and a few XBL arcades, Sony is still working hard on developing promising new exclusive franchises and proving the PS3 may have started this current generation weak...but in my opinion, will be finishing it the strongest.

Last November, Sony announced they had passed 70 million PS3 console sales in just under six years. A month earlier Microsoft had also announced they passed 70 million Xbox360 console sales right before it's seventh anniversary. This was a huge milestone for both companies, but more so for Sony since it demonstrated the fact that the PS3 after a weak start, bounced back six years later to become the 2nd fastest selling console of this generation. I feel Sony owes this impressive accomplishment to their exclusive library which helped bring gamers back to Playstation to play high quality games that can only be experienced on the PS3. I decided to look through Sony's extensive library of exclusives from the last six years and I chose the top 10 PS3 exclusive titles that I felt had the most impact for Sony this generation:

1. Uncharted 2: Among Thieves - When Sony first introduced this brand new IP back in 2007, everyone was immediately impressed by the beautiful graphics and deep story. Uncharted 2 was released in 2009 and dominated the entire year winning dozens of Game of the Year awards.

2. God of War 3 - God of War is Sony's work horse franchise. No stranger to success, God of War 1 and 2 were two of the most successful games from the PS2 era. God of War 3 lived up to the hype in 2010 by amazing gamers with the iconic look and feel that many other franchises today still try to emulate in their games.

4. Killzone 2 - When Sony first showed off the trailer for Killzone 2 early in the PS3's life cycle...no one believed the game could live up to the hype. Killzone 2 proved everyone wrong. The beautiful graphics and fantastic gameplay mechanics helped Killzone 2 win the 2009 Best Shooter Award beating out other big shooter franchises like Call of Duty: Modern Warfare 2 and Halo 3 ODST.

5. Resistance Fall of Man - Resistance FoM was an unknown PS3 launch title from the developers of Ratchet & Clank and the game went on to become an instant classic for Sony and grew into a big franchise that spawned two console sequels and two more portable titles for the PSP and PS Vita.

6. Infamous - Much like with Resistance, Infamous was an unknown new IP from the developers of Sly Cooper. It was Sucker Punch's first attempt at a more serious gaming experience and was successful enough to be followed up by a PS3 sequel, a PSN digital side story and a fourth game recently announced as a launch title for Sony's new PS4.

7. Gran Turismo 5 - Gran Turismo is Sony's oldest AAA exclusive franchise dating back to the early PSone days. The Gran Turismo franchise in total has impressively sold over 70 million copies and was the inspiration for many of today's successful racing simulator games like Forza Motorsport. After a 5 year wait, Gran Turismo 5 was finally released in 2010 and went on to become the #1 selling exclusive racing game of this entire generation surpassing 9 million sales.

8. LittleBigPlanet - LBP was another new PS3 IP franchise that revolutionized the video gaming experience. LBP introduced us to an innovative new gaming feature called "create, share, play" that basically gave the gamers the ability to not only play a game, but to also create in game content that can then be played by everyone in the LBP community. These created levels number in the millions giving LBP fans unlimited hours of new levels everyday. These new innovations even helped LBP win a 2008 Game of the Year award.

9. Heavy Rain - In 2010, Quantic Dreams developed a game that felt like you were controlling a big screen movie. With shockingly life like animations and a psychologically deep and painful story, Heavy Rain has become one of the most powerfully moving games and best award winning psychological thriller of this generation.

10. MLB The Show - The MLB The Show franchise has become a must have game for any sports fan in general and baseball fan specifically. With realistic graphics and baseball mechanics, MLB The Show has proven to be the #1 video game baseball title of this generation and has gone on to win the Best Sports Game of the Year award a few times in the last six years.

Heavy Rain's developer was Quantic Dream, not Dreams. ;)
Either way, very nice piece and a nice send-off to an amazing console.

Good catch Valenka, don't know how I missed it in my proof read. Lol glad you enjoyed it and yes the PS3 definitely deserves a proper send off. Thanks for commenting.

How to Unlock The True Ending in 'Persona 4 Golden'