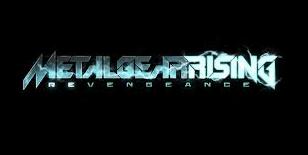 As a long time fan of the Metal Gear Solid franchise, I was curious to see the new direction Platinum Games was taking the Metal Gear mythology. In the years since Kojima announced this game, it had gone through many changes. First it was announced as an Xbox exclusive. A short time later Kojima announced he was bringing the title to the Playstation console as well. Then it was announced the game wouldn't be released on Xbox in Japan. Then we heard the game was almost canceled. It has definitely been a wild ride for this game, but at last, it has finally arrived.

Metal Gear Rising Revengeance is more of a spin off than an actual sequel and takes place a few years after the events of the PS3 exclusive Metal Gear Solid 4: Guns of the Patriots. Unlike the past Metal Gear Solid games which followed the story of legendary hero Solid Snake, Metal Gear Rising is a story exclusively dealing with Solid Snake's on again, off again associate Raiden. With the destruction of the Patriots system, Government leaders have taken back control of all financial, political, economic and cultural decisions of the world. With the SOP (Sons of Patriots) system off line, privatized PMC (Private Military Corporations)groups have stepped up as the leading military and law enforcement agencies for every major country and city across the globe. When the story of Metal Gear Rising begins, we learn that in the last few years since the end of the Patriots, Raiden has gone to work as a consultant for a PMC organization known as Maverick Security, who is under contract doing VIP protection for a politician of an unknown African country. It is at this point that Raidens security convoy is attacked by a rival PMC group known as Desperado Enterprises. These events lead Raiden on a quest to discover what is the goal of the PMC cyborg uprising and who is responsible for it.

Now, that isnt to say Rising Revengeance isn't a good game. The graphics are beautiful and the gameplay is impressive. Rising Revengeance uses a new "cutting system" where Raiden's blade can cut through almost any environment (including enemy soldiers). This feature is best used during Raiden's "blade mode" where he can slow down time and slice up objects or enemies with razor sharp precision. Throughout the game, you can use the experience points you gain as currency to upgrade Raiden's weapons and cybernetic enhancements. As fun as it was slicing my way through the game, there were some factors that I felt disappointed as well. The Metal Gear Solid franchises are also known for its deep plots and rich story telling. I felt the basic plot behind Rising Revengeance wasn't really all that interesting. The plot tried achieving that same level of deepness found in Metal Gear Solid games, but unfortunately fell short. Even the new enemy characters felt unimpressive compared to classic Metal Gear Solid villains of the past. The final boss battles in any Metal Gear Solid game has always been known for their sheer epic feel. Sadly, in Rising Revengeance...the final boss battle was fun to play, but completely ridiculous. My biggest complaint about the game however, was how incredibly short the campaign was. Most gamers will run through this game between 4 to 6 hours.

Adhttps://www.releases.com/?utm_source=n4g&utm_medium=native&utm_campaign=c1
- Comments (7)+ Comments (7)
TopNewestOldest
Expand all
The story is too old to be commented.

Y'know. If you told me in 2004 that Raiden would be cooler than Dante; I would've said that you were out of your mind.

Just think about that. We live in a world were Raiden is cooler than Dante. It's like a portend to the apocalypse. What a world we live in.

Also, good blog. I'm just glad that Platinum Games were able to salvage the title and make it at least enjoyable. Platinum was never really strong when it comes to the story-telling department but they can sure make a fun game.

I agree 100% MacDonagh. I guess we can thank Platinum for not screwing up the Raiden character and saving the Rising franchise. Rising wasnt perfect, but it was much better than i expected. Thanks for commenting. Anyone interested can follow me at http://people.ign.com/chris...

"Contrary to the title, Metal Gear Rising is not a Metal Gear game. Metal Gear Rising does make references and pays homage to events of the Metal Gear mythology and even reintroduces us to another returning Metal Gear Solid 4 character, but that is pretty much where the connection ends. Everything else about the game feels like Ninja Gaiden in Metal Gear clothing."

I think you're a wee bit off on that one part. They replaced the Solid in the title mainly because it has nothing to do with Solid Snake anymore. As well as changed tactical espionage to lightning bolt action to better represent the games play style. They didn't change the Metal Gear in the title because it is still very much a Metal Gear game that takes place within the Metal Gear Universe.

This is indeed a spin-off, but it is canon to the events after MGS4. This Metal Gear is simply a different variety of play styles, following a newly developed character.

Metal Gear Rising is a fresh new type of action game, that deserves a sequel. The combination of Konami/Platinum Games may have created something that will inspire the future of the action game genre.

Thanks for commenting Deadpool. I should have been a little more clear. When I said Rising wasn't a Metal Gear game...I meant it wasn't the traditional Metal Gear Solid game that fans have grown used to in the last 15 years. Everything else you said I completely agree with. Thanks for helping me clear that up.

The sequel to MGR may very well be a flash back starring Grey Fox. The idea was already presented by Kojima in the original concept of MGR. Now that his team got their Lightning Bolt Action game established, maybe Kojima can have his Grey Fox version next in the line up.

After Ground Zeroes and Phantom Pains of course.

Grey Fox was the original idea, but the game would have had to be a prequel and would have been too complicated for Platinum. It would be great if Kojima could revisit that idea now. Either way, we have a lot of great upcoming Metal Gear Solid/Rising games to look forward to.

It's awesome! I'm on my 5th or 6th play through and it was better each time, it doesn't get old. The Parry button feels great I think I finally mastered it. I just wished it was more open world with optional unarmed combat+acrobatics and that they fix the camera as it can't seem to keep up with the pacing. Waiting for a great MGR series and more story of Raiden. This title is the bomb! can't get enough...I want longer story and gameplay too.

Like a Dragon: Ishin! Preview - Samurai and Shenanigans |TechRaptor